Kenya: Jemutai, Muthoni Ready to Deliver Kenya 1-2 at World U20


Nairobi — Africa Under 18 champion Zena Jemutai Yego and Japan based Teresia Muthoni are ready to deliver a 1,2 Kenyan finish in the women’s 3000m during the upcoming World Athletics Under 20 Championship set for August 17 -22 at the Moi International Sports Centre, Kasarani.

During the 2019 African U18 and U20 Championships in Athletics, held at Abidjan, Ivory Coast, Zena clocked nine minutes, 13.23 seconds ahead of compatriot Deborah Chemutai 9:13.42 to claim a 1,2 finish for Kenya as Ethiopian Berheteha Amare settled for third place in 9:14.72.

The 19-year-old from Elgeyo Marakwet, narrowly missed a chance to compete at home soil during the World Under 18 Championship hosted in Nairobi 2017 after finishing third during the trials, Kenya was represented by incumbent World Cross Country U20 champion Beatrice Chebet and Emmaculate Chepkirui.

” Though I failed to make it for Team Kenya during World U18, that did not discourage me, I went home, twitched my training a little bit and I was able to book my ticket for Finland, I finished fifth but that was still progress to me. My patience paid off when I won gold in Ivory Coast. I will be banking on my experience for a podium finish,” said the 18-year-old Jemutai.

Her teammate Teresia Muthoni who recently graduated from Sera High School, Japan will be aiming to lower her personal best (PB) during the biennial event.

“I used to participate in races while in school, every victory motivated me to push myself further, my target in this competition will be to lower my personal best of 8:51.00 as I eye a podium place, when I graduate to senior level, I will compete in the 5,000m and later on advance in the 10,000m race like what two-time Olympics silver medalist and World champion Hellen Obiri did,” said Muthoni. 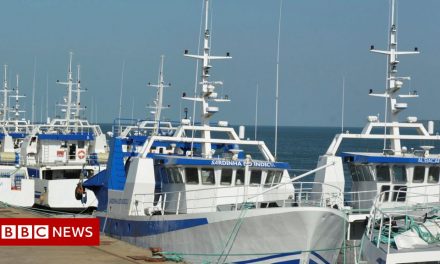 Africa: Is Covid-19 Infecting Wild Animals? We’re Testing Species From Bats to Seals to Find Out