Kenya: I Don’t Take ‘No’ for an Answer – Jean Ojiro


On November 13 last year, two Kenyans from the fashion world grabbed the entertainment news headlines for supposedly tying the knot mid-air on a plane.

Nairobi street fashion enthusiast Adigo Digo and his girlfriend Jean Ojiro had reportedly said their nuptials in front of their guests while on their way to an unknown destination.

With that, Jean had been cemented into Kenyan blog-lore. But it was all make-believe — a publicity stunt.

Standing at just over 180 centimetres, 22-year-old Jean Ojiro is no stranger to having a snack of popcorn very late in the night, as she packs for the work trip she has the following day; at 5:30 in the morning!

This will see her sleep at just after midnight, after a quick dinner. The model, content creator and influencer who also does a little bit of dancing is among the 10 contestants left from the 13 that are looking to be the face of Ibis Style Hotel in Westlands, Nairobi.

Modelling was something she grew up being a fan of. She loved being photographed. As there aren’t many big agencies in Kisumu, when her family moved back to Nairobi, the city she was born in, she found herself having more opportunities to explore this interest.

Jean was hoping someone would spot her as she was out and about and start her career path in modelling, but this rarely happens. Being new in the city, she knew no one who could point her to auditions and so she only carried the interest in her heart.

“I was always telling my sister how I’d like to be on a TV commercial or a billboard. One day she just took me to an agency and had me sign up with them,” remembers Jean about the day in late 2017 that would change her life.

As her photos were shared to clients and she started going to auditions, Jean took these times as an opportunity to network with people in the industry like models and the shot callers.

Although she is currently signed to an agency outside of Kenya that she doesn’t want to disclose just yet, she has gone through most of the journey as an independent model.

Her first appearance for a television commercial was in 2017, when she was cast in one of the Guinness “Get Booked” campaign ads as a referee. Her friend, Kevin Ogolla, had called her to go audition at the Ajuma Limited talent agency. He now runs Zindua agency. This was her fourth commercial audition and she was finally successful.

Her first runway experience was actually in response to a WhatsApp text that she got from a “random” number.

“Can you believe it? Those messages that read ‘Looking for models. Send photos.’ Those messages never pass me. As soon as it hits my phone, I send them. I would know if it’s legit moving forward on the conversation,” she says.

Although she feels like there’s still more she needs to do with her walk in order to perfect, she also believes she’s getting better in the practice with every event she does. She constantly puts herself out there for whatever sort of auditions, be it runway or commercials.

She believes she inherited this trait from her father, whom she describes as “the biggest go-getter I know, and his follow-up game can have you crying”.

“I just love to win. And the only way to do that is by going for it. If I have ever done a job with someone, I call them up to find out how they are doing and to tell them I’m available for potential jobs. I never give people a chance to forget me,” she says.

The model has been successful in the world of both commercial and runway modelling, appearing on television commercials for Coca Cola, Safaricom and Cadbury while also hitting the runway for Samantha Bridals, Karegi and Sally Karago Collections.

Jean had also been taking dance classes with studios, including at Any Body Can Dance, run by Kennedy Kavete, and Ayomar’s Afro Sassy, but her schedule has kept her away for over a year now.

She choreographed her own moves as she appeared on Nviiri The Storyteller’s Forever in 2019. The video’s director called her.

“They said they had a video that they thought I’d be suitable for. After going through the brief, I liked it and we did it,” she says.

She was also part of the dance cast in Movaz Warombosaji’s popular Danger Dinji music video. Jean was also a video vixen in Just Like That by Mr Dutch Featuring Lava Lava and Bibib by Eric Nice featuring Naomi Wamboe.

If there’s one thing Jean does best, it is how to mobilise her followers into rallying support for her campaigns, including when she needs the numbers for competitions that require engagement.

Maybe that’s where her promotions and “hostessing” skills come from. That mobilisation skill is what got her the biggest campaign she’s been involved in yet.

“Zaron is a Nigerian cosmetic brand and they were looking for faces in Nairobi. You had to share a selfie with the hashtag #ZaronKenyaModel2019. At the time I only had about 2,000 followers on Instagram but I still managed to get 1, 000 likes, which I had never gotten before! In the end, Stephanie Aurelia, Tiffany Mutethya and I won,” says Jean.

Early this year she was flown to Lagos to shoot a commercial titled “Brown Skin” with other models from Nigeria.

Africa: Philip Morris International: A New Leadership to Accelerate the Transformation Towards a ‘Smoke-Free World’ 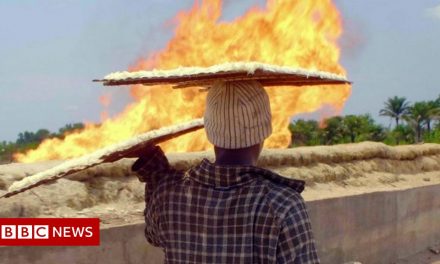 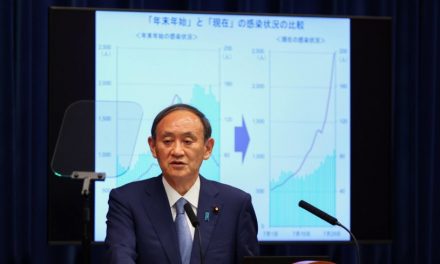