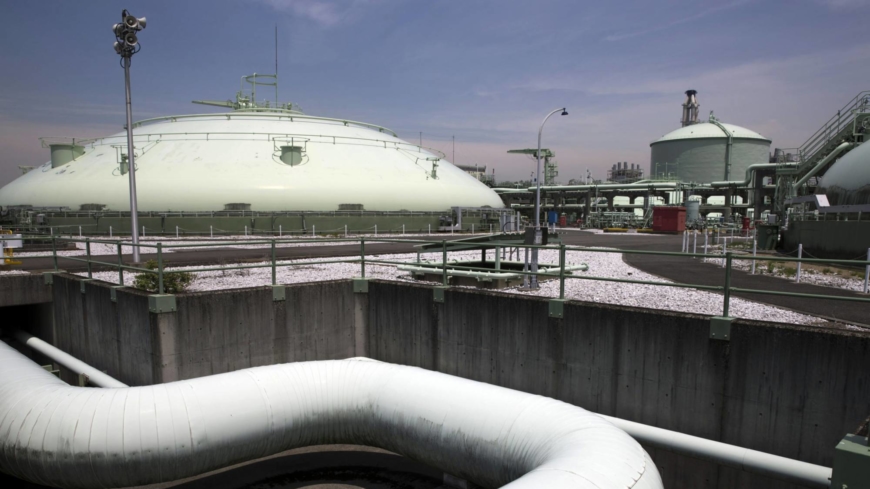 Japan’s aggressive new plan to champion clean energy is shaking up the liquefied natural gas market that it helped pioneer 60 years ago.

The country, the world’s top LNG importer, called for more renewables such as wind and solar to replace natural gas in a revised plan released last week. The shift aims for LNG-fired power generation to fall by roughly half this decade, creating upheaval for Japanese utilities as well as suppliers from Qatar to Australia to the U.S.

The stricter guidelines will see Japanese imports drop by a third by the end of the decade, according to traders and analysts. It will force domestic utilities to abandon long-term LNG deals, which have been the backbone of the nation’s imports, while increasing dependence on the more turbulent spot market.

“The move will further dampen Japanese LNG buyers’ appetite to sign long-term deals that extend beyond 2030, which could leave them more exposed to short-term price dynamics if demand ends up higher than targeted,” said Saul Kavonic, an energy analyst at Credit Suisse Group AG.

The policy was a surprise to suppliers around the world. Natural gas — once widely seen as the bridge to a green future — has been falling out of favor with some governments as they boost efforts to slow climate change and the cost of renewables drops drastically. Until recently, Japan had been touting the super-chilled fuel as a cleaner alternative to coal.

It isn’t clear if Japan will reach its new goals. To help replace the 50% drop in LNG, the country will need to restart nearly all of its nuclear reactors — a tall order considering the strong local opposition. The uncertainty will force Japan to dive into the spot market or sign short-term contracts, which combined currently only make up 30% of total imports. That’s below the global average of 40%.

Japan’s desire for long-term LNG deals helped build and sustain the industry since the 1960s. Deals that last more than 20 years are pillars for new LNG export projects, and without them it is challenging for developers to get backing from banks and investors for new terminals or expansions.

That’s bad news for Qatar, which is aggressively boosting output, and for proposed projects from the U.S. to Papua New Guinea vying for investment.

Utilities that have stakes in LNG export facilities are likely to increase investments in import terminals and power projects across Southeast Asia in order to build demand for their fuel, traders said. This will effectively turn Japan into an LNG middle-man as its domestic consumption slides.

Japanese companies were already seeking shorter-term contracts that are under 10 years length, as the nation’s declining population and advances in energy efficiencies meant that its LNG demand already peaked last decade. But the government’s new targets mean that demand will fall more than expected, and require utilities to accelerate efforts to rebalance LNG portfolios.

If the 2030 targets are met, then Japan’s LNG demand could fall by nearly 25 million tons, according to BloombergNEF analyst Olympe Mattei. Japan imported 74.4 million tons in 2020, according to the International Group of Liquefied Natural Gas Importers.

Meanwhile, Japanese firms will think twice before renewing legacy contracts. Japan’s oldest LNG agreement with Indonesia, which had been in place for nearly 50 years, fell apart last year due to uncertainty exacerbated by the coronavirus pandemic.

Uganda: Bobi Wine Has Shaken Up Ugandan Politics – Four Things Worth Knowing About Him

Kenya: ‘Daring the Sun to Love Me’ Explores Essence of Human Life