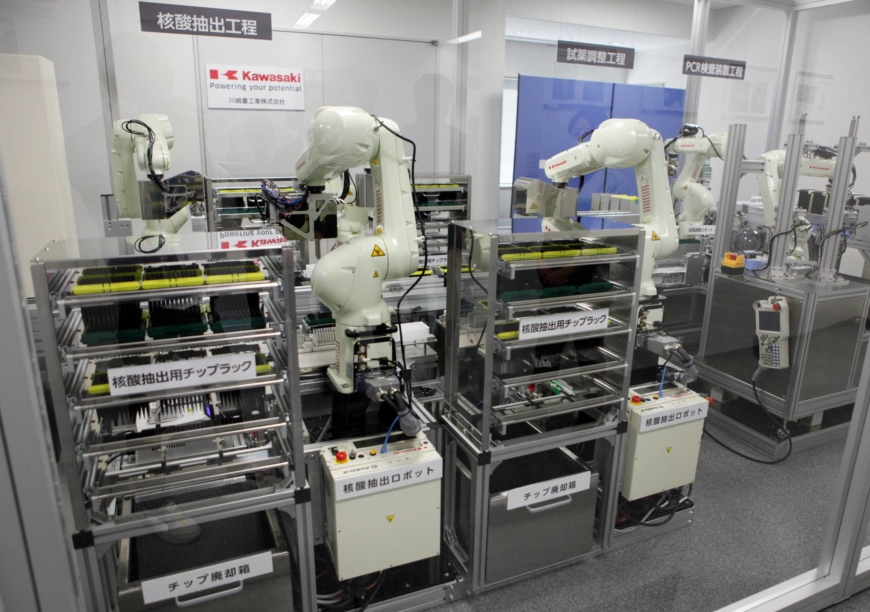 Health minister Norihisa Tamura watched a demonstration Tuesday of a prototype automated COVID-19 testing machine that uses a robotic arm to take a sample from a person’s nose and can deliver the results in about 80 minutes.

The robot system, built by Kawasaki Heavy Industries Inc., fits in a standard shipping container that can be transported by truck and set up at stadiums, theme parks and other mass gatherings, the company said.

“Looking at the global trend, we need to increase the number of people receiving tests, and the demand for preventive testing is rising,” Tamura told reporters at the demonstration.

Prime Minister Yoshihide Suga’s administration has attracted criticism for Japan’s paucity of testing. His government is under pressure to show it has the pandemic under control with fewer than 200 days until the start of the Summer Olympics in Tokyo — already delayed by a year — and vaccinations yet to start.

The use of robot testing systems may help to preserve medical manpower and improve overall accuracy, Tamura said, without committing to using the Kawasaki Heavy setup.

The prototype facility demonstrated Tuesday uses human-driven robotic arms to collect samples from individuals and perform polymerase chain reaction (PCR) tests. The system is housed in mobile, 40-foot shipping containers that would be able to process up to 2,000 samples every 16 hours.

Its developers say it offers greater efficiencies of scale and better protection for medical workers, who can even operate testing remotely.

From the start of the pandemic, Japan has done fewer tests than other major economies, focusing on infection clusters and virus tracing. Japan conducts about 55,000 PCR tests daily, less than half of its capacity, according to government data.

With 337,000 cases and 4,598 fatalities, Japan has weathered the pandemic better than most major economies. Even so, the country is gripped by a third wave of infections that has proved more widespread and deadly than previous ones and prompted the government to announce a new state of emergency this month.

Suga has said his government aims to have the first COVID-19 vaccine approved and inoculations beginning by the end of February, which would be months behind many other countries. 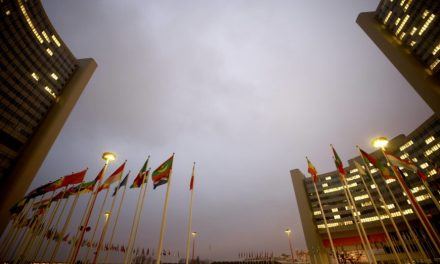 Iran notifies U.N. of plans to enrich uranium to 20% 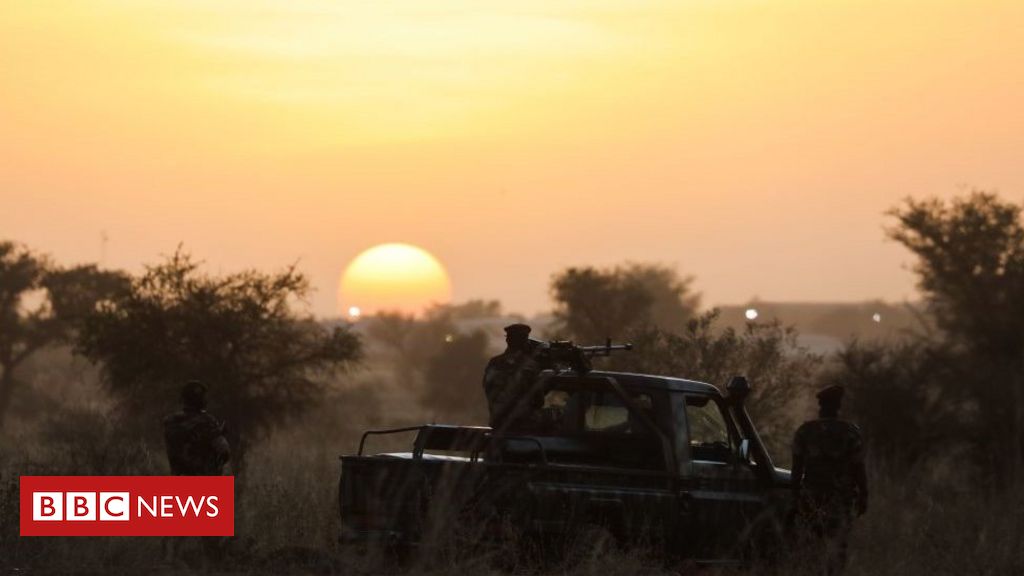