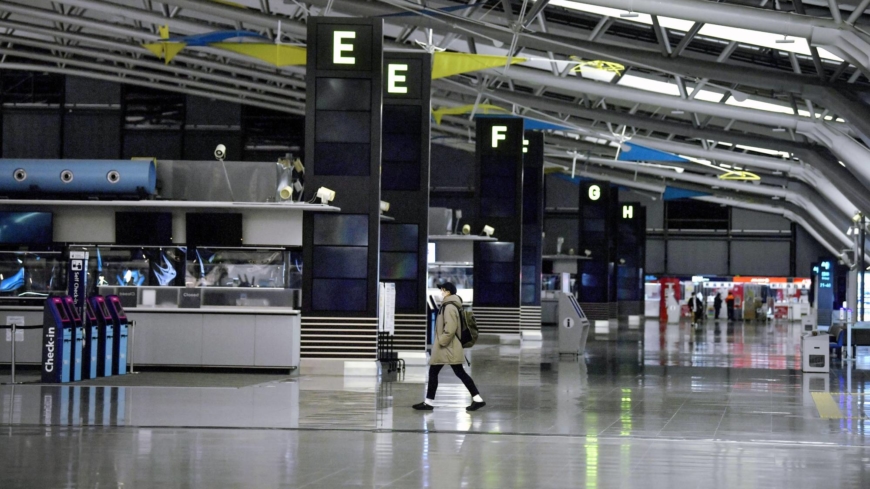 Japan will start issuing vaccine passports by the end of July, the top government spokesperson said Thursday, as the accelerating pace of the inoculation rollout has many looking forward to the prospect of international travel.

Municipalities that are in charge of running a vaccination program domestically and keeping track of vaccination records will issue the personal passports in the form of paper documents, Chief Cabinet Secretary Katsunobu Kato said.

The certificates could help residents who have been inoculated in Japan travel abroad without being subjected to restrictions at border crossings. They will be available for non-Japanese citizens who are vaccinated, according to the Cabinet Secretariat, but it remains unclear which countries will choose to accept the documents.

The passports will include information such as the holder’s date of inoculation and the manufacturer of the shot they received. They will be available both in English and Japanese, according to Kyodo News. However, Japan is not planning to establish a system that would allow vaccine passports issued abroad to be accepted when people enter the country.

Kato said whether the certificates will be free or not has not been decided.

“From the standpoint of establishing a system to quickly issue the certificate, it will be issued as a paper document, but we’re making further consideration” for an electronic passport, Kato said, adding the government will hold a briefing with municipalities as early as next week.

The announcement comes as the European Union is set to roll out its digital certificates starting July 1 among member states that will allow cross-border movement without restrictions.

Japan’s passport is understood to be an important step in recovery from the pandemic, as reviving regular economic activities has been among the top goals of Prime Minister Yoshihide Suga and his Liberal Democratic Party.

Kato has been leading vaccine passport discussions with a team of 10 officials from various government agencies, including the health and Foreign ministries. Lobby groups such as Keidanren have appealed to the government for a swift rollout of the program to ensure Japanese businesses will not be disadvantaged.

Japan is behind many developed nations with its vaccine rollout but has been quickly catching up in recent weeks. As of Monday, 15.2% of the population had received at least one shot of a COVID-19 vaccine, according to Our World in Data. Almost a month prior, on May 13, the proportion was merely 3.2%

As of Wednesday, roughly 27.66 million doses have been administered in Japan, according to the Prime Minister’s Office.

As the central government prepares the passport system, it is also grappling with how to strike a balance between restarting the economy through the use of vaccines and concerns over discrimination against those who choose not to receive the jabs.

Japan is not planning to make vaccine passports a requirement for entering the country out of concern that such a move could lead to criticism of discrimination against those who haven’t been inoculated for various reasons.

Since the country has imposed a sweeping ban on new arrivals from many countries, one senior administration official fears that other countries may complain about Japan’s tight border controls — including for individuals who are vaccinated — even as it issues passports to its residents for travel abroad.

Some municipalities are so overwhelmed with running the vaccination program that they are falling behind when it comes to logging data into the national record system. Asked about this problem during a daily briefing Thursday morning, Kato said the government will continue to work with municipalities, but that the passport system will be launched “once overall preparation is complete.”

To reduce the burden on municipalities, the government plans to have the documents issued only for international travel in the short term.

“Those who require the document would be limited if it is only for international travel, but if it is expanded to domestic, everyone would say ‘I want one’ as well so the numbers would be staggering,” one official said early this week. “(As for domestic travel), we’re going to let people take advantage of programs run by private sectors.”

While there are currently no restrictions on travel within Japan, some are advocating for vaccine passports for domestic tourists to provide a sense of safety and security among travelers.

On Monday, a group of ruling LDP lawmakers within its economy, trade and industry division submitted a proposal to Kato calling for the government to accelerate its preparations for resuming cross-border movement soon and implement the vaccine passport system.

The group also asked for the passports to be used domestically, especially targeting senior citizens age 65 and older who are vaccinated to encourage them to take part in tourism and eating out as “a trigger” for economic recovery in their local communities.

“We submitted our proposal hoping the passports would be realized, as there’s a demand (for the passports) in areas as a means of regional revitalization,” said Yukari Sato, an LDP lawmaker and the head of the division.