In 2020, sports was about staying safe and speaking out 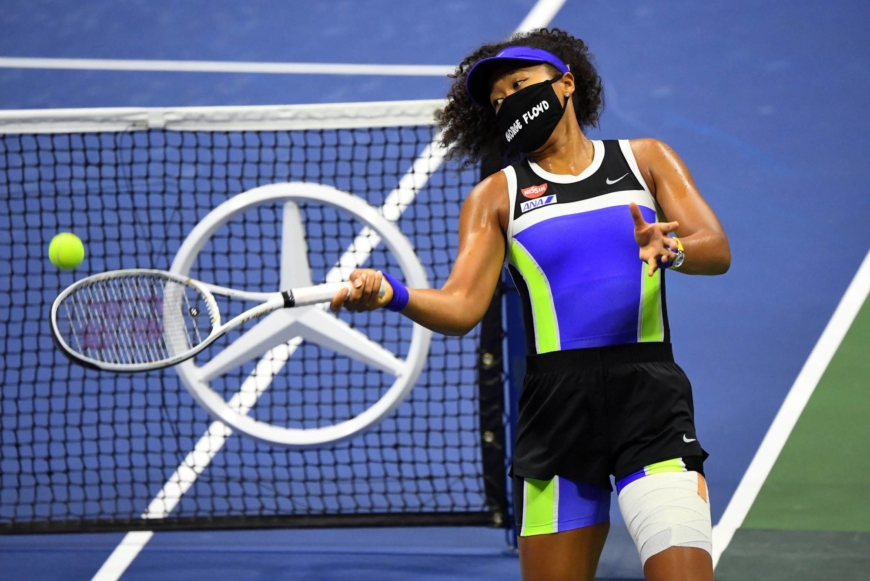 New York – The troubled, truncated 2020 sports season will be remembered as the Year of the Bubble. As a pandemic raged and protests of systemic racism rocked the United States, athletes played on. Those who competed in the controlled environment of a bubble had the most success over the novel coronavirus. Science, for the win.

But 2020 was about more than finding a way to play. For the WNBA and the NBA in Florida, the bubble didn’t just protect. It projected the voices of the players in support of the Black Lives Matter movement after the fatal shootings of Breonna Taylor, Ahmaud Arbery and George Floyd.

Then there was another shooting. After the police critically wounded Jacob Blake in Kenosha, Wisconsin, the Milwaukee Bucks decided not to play a playoff game, the first domino to fall in a wave of disruption across sports.

The momentum carried to the English Premier League, Formula 1, cricket and rugby. Players in the Premier League wore Black Lives Matter patches and the motto on the back of their jerseys when play resumed. Teams in the Bundesliga, La Liga and Serie A knelt at the start of games as European football grappled with racism in their sport. They took their cue from how U.S. basketball players responded to the death of Floyd.

“The bubble plus corona pushed everything at the same time,” said Louis Moore, an associate history professor at Grand Valley State University in Michigan. “What it did was put everybody in the spotlight, and there was no being on the fence.

“They managed this balance between playing and social activism at a time when the rest of the country was in a 1960-ish summer mode.”

But when the pandemic subsides, what will endure from 2020 in sports?

Amira Rose Davis, an assistant professor of history at Penn State and one of the hosts of the “Burn it All Down” sports podcast, cautioned against romanticizing athletic activism.

“There is such energy that makes it hard to go back to what it was,” Davis said. “But it’s not going to be without ownership or corporate sponsors trying — not to put it exactly back in the box — but to draw a new box. As if to say, ‘What are we OK with on a corporate level?’

“There’s absolutely merit in pausing to celebrate what’s happened,” she said. “The trick is to not get so comfortable facing backwards that you get stuck.”

Gains in social progress came against a bleak backdrop of loss, where more than 1.6 million people worldwide have died of COVID-19. The sports world mourned two superstars: basketball’s Kobe Bryant, who died with his daughter Gianna, and seven others in a helicopter crash in January; and the Argentine soccer player Diego Maradona, who had a heart attack at 60 in November.

Those deaths could be part of a “We Didn’t Start the Fire”-type ballad about 2020’s altered sports reality. The verses also would include:

Rudy Gobert of the NBA’s Utah Jazz, whose positive test shut down the sport March 11; the cancellation of March Madness; the postponement of the Tokyo Summer Olympics; ESPN’s “Last Dance” documentary on Michael Jordan that riveted the housebound; NASCAR driver Bubba Wallace discovering a noose in his garage stall; the “Wubble” of the WNBA; coach Doc Rivers of the Los Angeles Clippers delivering a tear-stained speech about fear and being Black; and the Lakers’ LeBron James forming More Than a Vote to fight voter suppression and then winning a championship ring (his fourth).

There were virtual and cardboard fans in baseball and the Bundesliga, and the COVID-positive Justin Turner posing on the field after his Los Angeles Dodgers won the World Series. The pandemic shuffled calendars: the Tour de France to September; the French Open to October, with Rafael Nadal reliably winning his 13th there; and the Masters to November without azaleas. College football was stumbling and fumbling, Vanderbilt soccer goalie Sarah Fuller kicked for the football team, Kim Ng became the first female general manager in baseball, and the Denver Broncos lost all their quarterbacks to coronavirus carelessness.

Phew. Good luck rhyming that. Throughout it all, the bubble was the refrain.

“We all had the understanding that the season was for something,” Nneka Ogwumike, president of the WNBA Players Association and a Los Angeles Sparks forward, said in an interview. At the IMG Academy in Bradenton, Florida, 144 players from 12 teams sequestered for a shortened 22-game regular season, concluding with a Seattle Storm title in October.

“Even to make it to the end was an incredible feat, emotionally and physically,” Ogwumike said. “We were able to impact our communities and fans and the sports world in a way that we had hoped to.”

While players like Renee Montgomery and Natasha Cloud sat out to work for social justice in their communities, those in the Wubble dedicated their season to Taylor, who was shot and killed by the police in Louisville, Kentucky. The players wore her name on their jerseys. In response to the shooting of Blake, the Washington Mystics came out with T-shirts with seven circles on the back to represent bullet holes.

But players went further than fashion statements. When the owner of the Atlanta Dream, Sen. Kelly Loeffler, R-Ga., repudiated the league’s embrace of Black Lives Matter on Fox News in July, the players called for her removal. Then in August, they started instead to campaign for her election opponent, Raphael Warnock, a Democrat. Loeffler and Warnock are now in a runoff for the U.S. Senate.

The NBA also introduced player jerseys with approved slogans like “Equality. Vote. Education Reform” and put the words Black Lives Matter on the court. Players were grumbling that that wasn’t enough before the police shot Blake on Sunday, Aug. 23. On the next Wednesday, George Hill of the Bucks led his teammates in the impromptu walkout, demanding that the Wisconsin Legislature convene to discuss police reform. Two more playoff games were canceled.

The next 36 hours were contentious. The players agreed to finish the season while negotiating with the NBA and owners on concessions: a social justice coalition and a voting drive led by the league, with many facilities used as voting sites or ballot drop-offs.

Chris Paul, the president of the National Basketball Players Association, said the record presidential voter turnout and Joe Biden’s victory over President Donald Trump (a critic of the NBA) should make players proud.

“We saw a platform, we saw that we could speak out on certain things,” Paul told Time magazine. “We’ll all look back on times right now and be grateful that we could be part of it.”

The nearly 100-day NBA bubble reportedly cost upward of $180 million at Walt Disney World in Orlando, including daily testing protocols. But it also saved the league about $1.5 billion in lost revenue, according to the Sports Business Journal. At the end, there were zero positive tests.

“It worked partly because it had to work,” Daniel Rascher, the director of the sports management program at the University of San Francisco. “Their revenue streams were cut, at least those related to arenas, but they were able to get some sponsorship revenue.”

But a bubble without fans and the psychological toll it took on players away from families make it unrealistic to reproduce, said Mark Conrad, associate professor at Fordham University’s Gabelli School of Business.

The consequences? When the NBA returned in December without a bubble, there were 48 positive tests.

The National Women’s Soccer League was the first American professional league to create a bubble, which it did for its one-month Utah tournament that started in June. Baseball started inauspiciously, but it finished in a modified bubble with the Dodgers winning their first World Series since 1988.

The Tampa Bay Lightning won the Stanley Cup after Canada hosted two thrilling playoff bubbles, and the NHL made strides in addressing racism. Still, the Hockey Diversity Alliance, which began in June with former and current players, severed its partnership with the NHL in October, saying the league’s steps were performative.

The NFL has clambered through its season outside a bubble despite constant rescheduling for COVID-19 absences.

College sports also failed to hold the pretense of the student-athlete experience. Athletes may have negotiated for their name, image and likeness, which the National Collegiate Athletic Association still has to approve, but 2020 revealed that they were essentially unpaid laborers during a pandemic.

On the social justice front, “the next lightning rod could be the Olympic movement,” said Conrad of Fordham. On Dec. 10, bowing to pressure from athletes, the U.S. Olympic and Paralympic Committee said it would allow protests on the medal stand.

It apologized for putting Gwen Berry, a hammer thrower who won gold at the 2019 Pan American Games, on probation for raising her fist on the stand.

Whether the International Olympic Committee will follow in relaxing the ban of political protests, known as Rule 50, remains to be seen.

Progress takes generations, which is why November was significant. Following the election of Sen. Kamala Harris as the first female vice president, Ng became the Miami Marlins general manager after years of interviews with at least five teams.

“It’s wonderful to see that in a world in which debris is just falling everywhere, you still have these special moments,” said Ogwumike of the Sparks. “They are not moments, themselves; they are movements.” 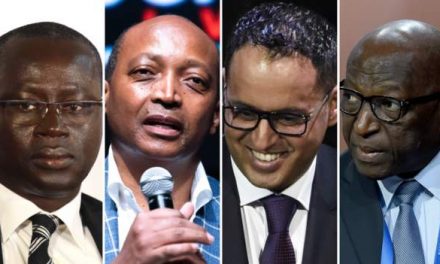