How Africa could use solar tech to distribute Covid-19 vaccines 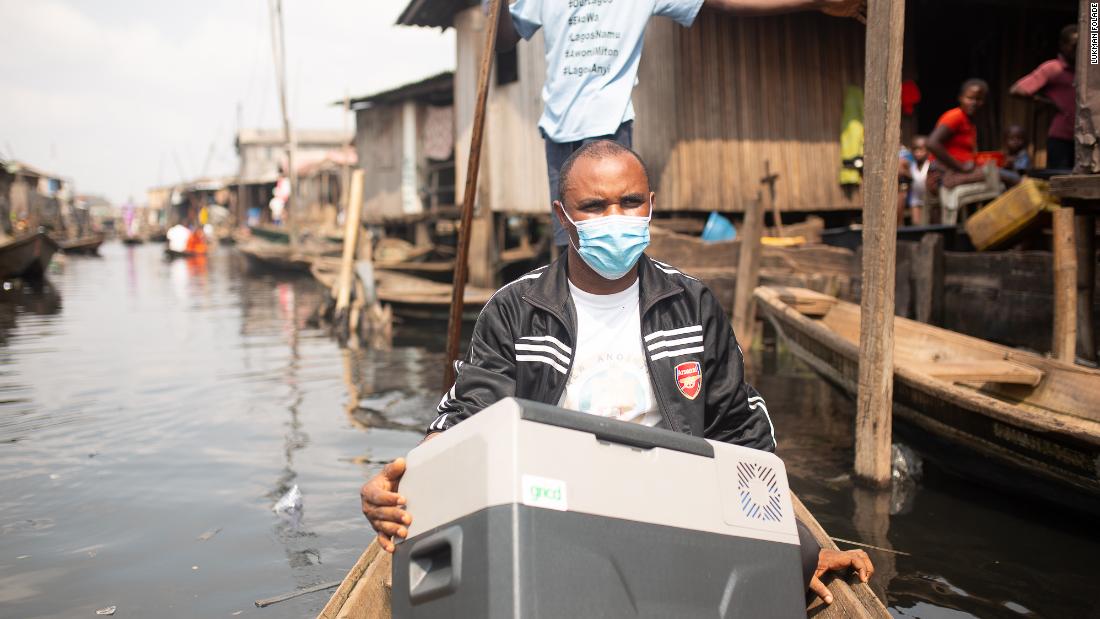 Even if enough vaccines are secured, there is an enormous logistical challenge: how to transport temperature-sensitive vaccines to places without reliable electricity and refrigeration.

The answer is in developing a “cold chain” — a network of vehicles, fridges and cold rooms — that can be used to transport the vaccine seamlessly from the manufacturer to the immunization point.

“We knew we were going to have to move billions of vaccines around the world, all the way out to rural communities, and that we’d need a temperature-controlled environment,” he adds.

These temperature requirements will be out of reach for most African countries, says Peters, but options like the Oxford/AstraZeneca vaccine, which can be kept at standard refrigerator temperatures of 2 to 8 degrees Celsius (36 to 46 degrees Fahrenheit), will be more feasible.

Even so, existing cold chain networks will not be enough. Without new technology, up to 25% of vaccine supplies could be lost, says Peters.

There are almost 600 million people in Africa living off the grid, and rural clinics often lack a grid connection.

This is where solar energy comes in, says Hugh Whalan, CEO of PEG Africa, a company that offers pay-as-you-go solar-powered products to people in West Africa.

In preparation for a Covid-19 vaccination drive, the company — with funding from Power Africa, a network of private and public groups set up by USAid — has started providing solar-power systems to off-grid health clinics.

“Fridges need power to run reliably in order to safely store vaccines, or else they will spoil. So we provide the power,” he tells CNN.

Previously, PEG Africa’s refrigeration efforts had focused on establishing a cold chain for food products, helping produce get to market without spoiling. It is currently testing pay-as-you-go solar freezers among fisherwomen in Ghana, Ivory Coast and Senegal.

When the pilot finishes in the middle of this year, Whalan hopes to use the same financing and distribution infrastructure to roll out solar-powered fridges and freezers to health clinics and immunization points.

Of the two fridge suppliers PEG Africa is working with, one has already received performance, quality and safety (PQS) certification from the World Health Organization, and the other is in the process of acquiring it.

Gricd, a small Nigerian startup, is hoping to help fill this gap. It’s building solar-powered cold boxes for vaccine transportation that can be kept at minus 20 degrees Celsius (minus 4 degrees Fahrenheit) and can be controlled remotely and monitored in real time.

The company says it has worked with Nigeria’s National Centre for Disease Control and the Nigerian Institute of Medical Research during the pandemic, helping to collect and transport Covid-19 test samples from remote areas. It has also secured partnerships with private healthcare companies in South Africa, Ghana and Egypt, says Oghenetega Iortim, the company’s founder.

The boxes range in size from 15 to 100 liters, with the smallest able to transport around 200 doses of vaccine. The 15-liter box is designed specifically for the “last mile” — the final stage of the journey.

“It could fit into any existing transport medium, be it a boat, the back of a motorcycle, a bicycle, or a person’s back,” says Iortim.

Since they run off solar-powered batteries — which maintain a stable internal temperature for up to a week — they are suitable for areas that are off the grid, he adds.

They also contain a device that monitors location, humidity and temperature, and transmits this data to the distributor in real time.

“It alarms you if something goes wrong — if the temperature suddenly drops or if there’s a blackout — and you can take proactive measures to make sure the vaccines don’t lose their potency,” says Iortim.

While Gricd products have not yet received PQS certification from the WHO, Iortim says that the cold boxes are in the process of acquiring certification. He adds that the product has been certified by the Standards Organisation of Nigeria.

Vaccinating on an unprecedented scale

This is not the first time Africa has encountered the logistical challenges of vaccination. There have been mass child immunization drives, for example, as well as vaccine distribution for Ebola and other diseases.

But these have focused on certain geographical areas or specific parts of the population, says Peters.

“What we haven’t done before is try to vaccinate the whole world as quickly as possible,” he says.

He hopes innovations in the cold chain for Covid-19 could produce wider long-term benefits, and be applied to both food and health. 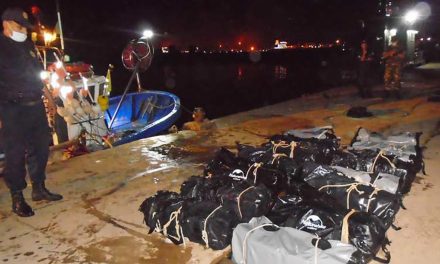 Half a ton of cocaine found floating off Algerian coast 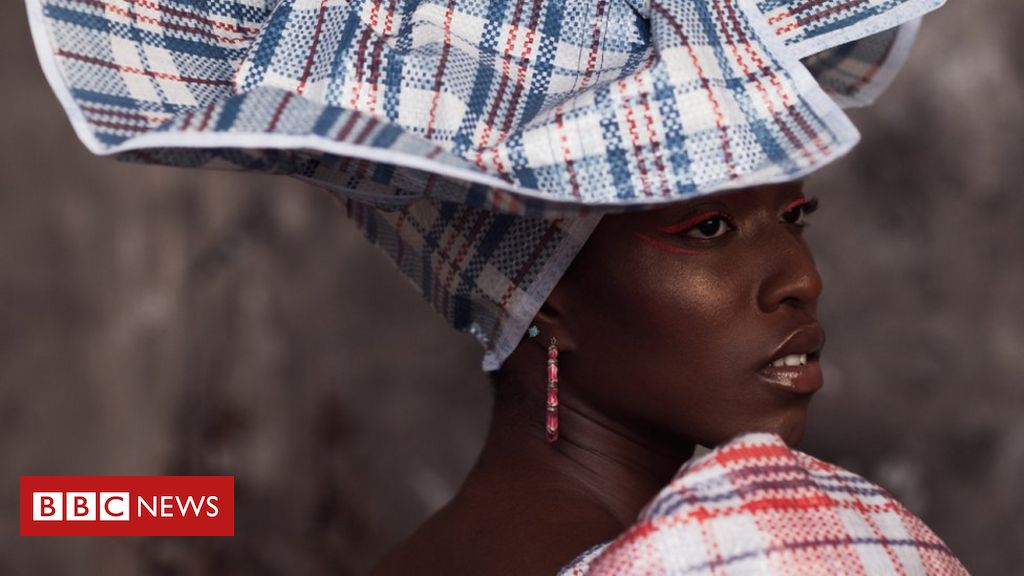 In pictures: Turning the iconic Ghana Must Go bag into high fashion 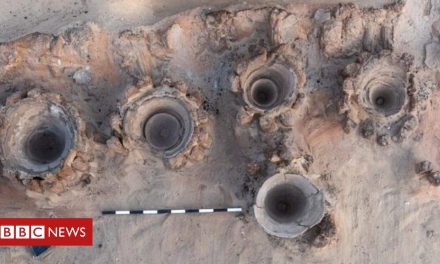