Gambian actress Mariama Colley on Saturday unveiled two of her international awards she won at the international category at the Ebunjan Theatre, Kanifing.

It could be recalled that The Gambian young actress won the US Hollywood International Golden Film Award in 2020 as the most outstanding and upcoming actress as well as the Best Actress of ‘the long story short’ international film award in Romania.

The unveiling ceremony was held in a spectacular fashion and attracted people from all walks of life.

The First Lady of The Gambia, Fatoumata Bah Barrow was the special guest of honor at the event.

Speaking to the journalists, Fatoumata Bah Barrow said she was thrilled with Mariama’s achievement and that she made the Gambia proud.

She encouraged the award winning actress to continue the hard work she is doing in the performing art industry. “This is really a great achievement and we are proud of Mariama. We will encourage her to do more because this is a big win for the Gambia. We are always proud to see Gambians doing well in all aspect of life, and we encourage her to continue to do more.”

Hassoum Ceesay, director of National Center for Arts and Culture said performing art is unique and The Gambia has a lot of talents that can thrive in the country and in the international scene.

Ceesay emphasized the significance of performing art and called on people to embrace the sector.

He equally congratulated Mariama on her achievement and promised that the NCAC will do its best to support the country’s performing art industry.

“For the past 5 years, the arts sector has received a lot of positive attention, just recently the government has included artistes in the ban of the industry, this is a positive step toward the right direction.” he said.

For her, Mariama Colley returned thanks and praises to her family and all those who supported her on her journey to the top, saying she dedicated the international golden film award to the First Lady Fatoumata Bah Barrow, while her long story short’ international film award was dedicated to Aunty Janet Badjan Young.

“I would like to thank the First Lady despite her busy scheduled she came to grace the occasion and this means a lot to me.” she said,

The rising young actress called on the government and private industry to invest more in the performing art industry, making reference to the huge un-tapped potentials in the country.

Africa: Opinion – Covid-19 Has Shown What Happens When We Destroy Nature – 2021 Must Be the Year We Change Course 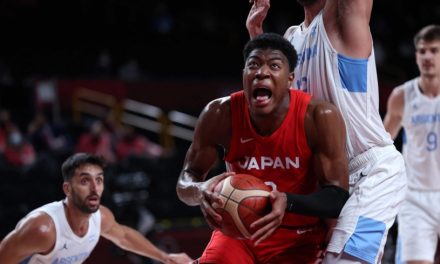