Over the past decades, the socioeconomic importance of tourism and itsimpact on the livelihood of local peopleis getting more popularity and acceptance globally. Particularly owing to its potential in creating massive job opportunities for citizens, reducing the level of poverty and contributing to the Gross Domestic Product (GDP) in the national economy,the sector plays a vital role in the economic development of a country.

However, to benefit more from the sector and advancing it, developing a growth strategy that broadens product diversification and establishing new marketing strategy and linkages is of critical importance to attract wider a range of tourists.

Ethiopia is also working to explore, develop and diversify its tourism potential to support its economy.By renewing and expanding its tourist destinations such asnatural and historical places, museums, parks, art galleries and adding more tourist attractions, as well as promoting local tourism,it is working industriously to meet the expectations of visitors, increase the number of tourists thereby gain considerable income from the sector.

As part of this effort, recently, the country has announced a plan to digitally showcase 3,000 extraordinary tourism photoswith a view to promote tourist destinations in the country. The plan was introduced by Ministries of Innovation and Technology and Culture and Tourism. The two have signed Memorandum of understanding (MoU)to act accordingly.

As to the bilateral MoU, the photos to be displayed through the devised digital platform are properties owned by the Culture and Tourism Ministry.

The new digital platform is also said crucial to help tourism photographers sell their pictures through online mechanism, and enable tourists to order photos online at their disposal as well.

Ministry of Innovation and Technology underlined that this e-commerce platform has also an important role to get more foreign currency. The plan is part of Ethiopia’s digital transformation grand strategy.

Many of Ethiopia’s photographs, that were taken almost a quarter of a century ago,were once the most appreciated works and that can able to captivate the hearts and minds of spectators.Almost all the posters portray the social, cultural,historic and religious values of the society,the beauty of various ethnic groups withtheir cultural costumes as well as the landscape of the country.

The photos of BeniAmer Boy, Wubit Ethiopia, theiconic picture of the Battle of Adwa, historic places such as the Obelisks of Axum, the Rock Hewn Churches of Lalibela, the Castle of Fasilides, the Sof Omar Cave among others have contributed a lot in promoting Ethiopia andits tourism potential across the globe.

As many people stated, the posters have had great impact on promoting the tourism sector and grabbing tourists into the country. The fascinating photos of Mursi women’s with lip plates, Hammer boys, the mountain Nyala and Semen Fox,the assorted types of bird species coupled withthe breathtaking images that depicted the celebration of The Finding of the True Cross and Epiphany, among others have had the power to appeal more tourists to come to the country. The image of the young Senbete girl, captured by photographer Claude Legeretat one of the market days, was also the other important ones in this regard.Besides, the posters were one of the best and most effective ways to attract visitors. Even the incomes generated by selling those posters for local people werehuge.

Though many years have passed,the posters are stillremembered in many of citizens’ minds and hearts for a number of the reasons.

Digitalizing these photos could open opportunities in bringing back the old days, narrating the past and telling history, apart from generating substantial earnings. 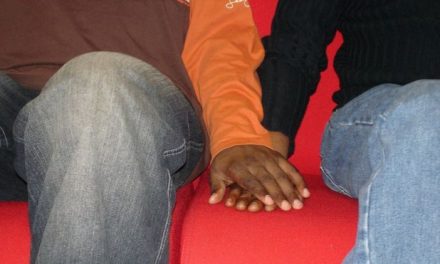