Emissions in 2020: precedent-setting or bucking the trend? 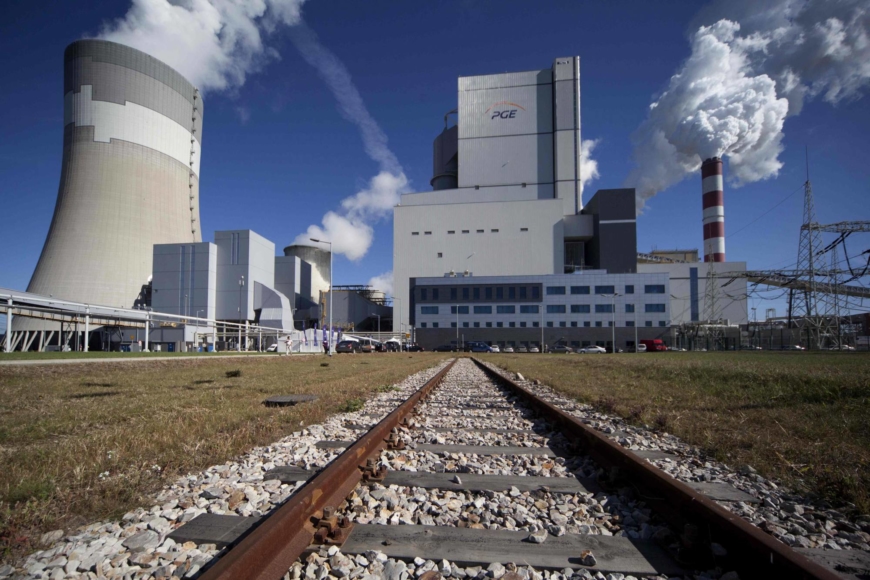 Paris – For a few moments in late April of 2020, oil — normally the lifeblood of the world economy — became more expensive to store than to pay someone to take away.

The United Nations and the Global Carbon Project both said this month that planet-warming carbon pollution was set to fall 7% this year, the largest single-year drop in history.

As pressure mounts on governments to match action to their promises to slash emissions, such a historic drop is welcome even if it only came about due to the pandemic.

It puts 2020 roughly in line with what the UN says is needed to keep the Paris climate deal goal of limiting warming to 1.5 degrees Celsius within reach.

But with distribution of several COVID-19 vaccines ramping up in 2021, enabling an anticipated global economic rebound, will 2020 be the start of an annual downward emissions trend, or just a momentary blip?

“I am afraid that if governments do not take major new policies we may well see that the decline we are experiencing in emissions this year will rebound,” said Fatih Birol, executive director of the International Energy Agency.

“If governments do not put clean energy policies in their economic recovery packages we will go back to where we were before the pandemic.”

Birol pointed to China, the world’s largest polluter, which he said was an “important test run” for how other nations power their COVID-19 recovery.

“We all know China was the first country to have the coronavirus, the first where there was a lockdown and where the economy declined,” he said.

“But China is also the first country where the economy rebounded and as of today Chinese emissions are higher than levels before the crisis.”

The UN in its annual Emissions Gap report said last week that 2020’s dip in emissions would have only a “negligible impact” on long-term warming without a profound shift towards green energy.

It said emissions hit a record high in 2019 of 59.1 billion tonnes of CO2 equivalent — a whopping 2.6% higher than the year before.

Yet the countries that pollute the most have prioritized sectors heavily reliant on fossil fuels in their stimulus packages.

In October, a study by manufacturer Wartsila and Energy Policy Tracker found that G20 nations had earmarked $145 billion for clean energy solutions as part of their recovery funding.

This compared with $216 billion that had been pledged for fossil energy, the analysis showed.

The UN said this month that production of oil, gas and coal needed to fall 6% annually through 2030 to stay on a 1.5-Celsius course.

Its Production Gap assessment showed however that countries plan to increase fossil fuel production 2% per year this decade.

This is despite record low costs for renewable energy technology such as solar and wind.

Kingsmill Bond, energy strategist at the market watchdog Carbon Tracker, said he was confident that 2019 would turn out to have been the peak in emissions, as industry wakes up to the new economics of power.

He said the “cyclical shock” of COVID-19 had brought forward a downwards trend in carbon pollution which was set to happen anyway, pandemic or not.

“Global coal demand peaked in 2013. Fossil fuels going into electricity peaked in 2018, even before the crisis. It’s been happening all the while,” Bond said.

To square the circle between the needed 6% annual cut in fossil production and countries’ two-percent growth plans, Bond pointed to a fundamental economic principle: supply and demand.

“The supply is continuing to churn because the incumbents haven’t realized what’s going on — there’s just not going to be demand for it,” he said.

“Imagine you’re the Canadian government. You can subsidize production of oil as much as you like, but if the Chinese don’t buy it, tough.”

Subsidies — in the form of financial support, tax breaks and underwriting — remain a significant impediment to greening the economy.

“Fossil fuels today enjoy a significant amount of subsidies from governments, mainly in emerging economies, which creates unfair competition for clean energy sources, distorts the markets and leads to inefficient use of energy,” he said.

As well as an unprecedented drop in emissions, 2020 saw numerous large emitters — including China and Japan — commit to achieving carbon neutrality for the first time.

Climate Action Tracker has calculated that countries’ current net-zero plans, if enacted, could limit warming to 2.1 C — not Paris-compliant, but better than the current course of more than 3C of heating by 2100.

Corinne Le Quere, a climatologist and co-chair of the Global Carbon Project, said she expected emissions to rebound in 2021 and to plateau in the years to follow.

She said 2019 could be the peak-emissions year “in an optimistic scenario, but not in the most realistic scenario”.

“We will either see a plateau or growth in emissions for some years before green investments” begin to pay off, said Le Quere.

And although emissions tumbled in 2020, the climate responds to greenhouse gas levels already in the atmosphere.

“It’s like water in a bathtub,” said Le Quere. “For the last 100 years we have had the tap open and the water running, increasing the volume of CO2 in the atmosphere. In 2020, we turned the tap down a little, but the water level continues to rise.”