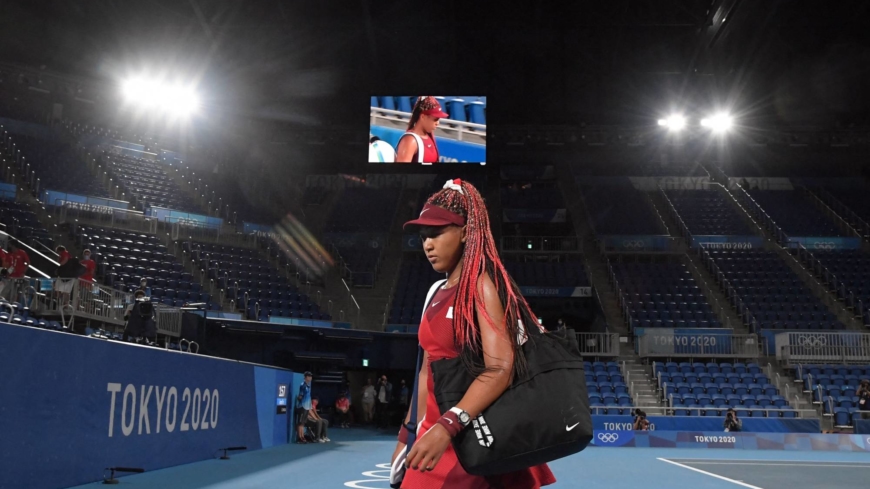 Days after lighting the Olympic flame in Tokyo, tennis superstar Naomi Osaka exited the scandal-hit Games she helped rescue, a setback that coincided with a record number of coronavirus cases in the host city on Tuesday.

Osaka’s departure left Japan without its best known global sporting figure in the Olympics, one whose multiethnic background contrasts with the image of an insular and male-dominated country that emerged in the run-up to the event.

In another stunning development, U.S. gymnast Simone Biles dropped out of the women’s team event after a single vault at the Tokyo Games on Tuesday. The International Gymnastics Federation said Biles would play no further part in the team event, but said she would still receive a medal if the heavily favored U.S. ended up on the podium.

“Simone has withdrawn from the team final competition due to a medical issue,” said USA Gymnastics. “She will be assessed daily to determine medical clearance for future competitions.”

Biles had been bidding for a record six gold medals in Tokyo.

The Games are taking place under a state of emergency and without spectators, an unprecedented event in the history of the modern Olympics. Tokyo reported 2,848 infections on Tuesday, in line with warnings from health experts that the summer would bring a rebound in COVID-19 cases due to increased mobility and the spread of variants.

The surge was due to a “systematic failure of the government response to COVID-19,” said Kenji Shibuya, a former director of the Institute for Population Health at King’s College London.

He said the government did not suppress transmission or ramp up vaccinations and sent the wrong message by saying people should stay home but also celebrate the Games.

Most Japanese opposed holding the Games amid the pandemic, especially as the health care system has been pushed to the brink in parts of the country. Games organizers have reported a total of 155 cases associated with the Olympics, a tiny percentage given the tens of thousands of people who have come from abroad.

Tokyo’s virus cases are counted separately from those reported in the Olympic Village. Athletes and other officials who have traveled from abroad are separated from the public.

Osaka, who lit the Olympic cauldron on Friday to open the Games after a year postponement, looked out of sorts and never settled into a rhythm as she lost 6-1 6-4 in the third round to Czech Marketa Vondrousova.

“I think it’s maybe because I haven’t played in an Olympics before and for the first one to be here was a bit much,” she said.

It was her first tournament since she pulled out of the French Open in May. The women’s tennis has now lost both of its top draw cards after world number one Ash Barty was beaten in the first round.

Japan has not had the kind of explosive COVID-19 breakouts that have crippled the United States and parts of Europe, but the vaccine rollout has been slow and the healthcare system has struggled to cope in parts of the country.

The number of severe COVID-19 cases in Tokyo over the last month has roughly doubled to 78 as of Monday, local government data showed. Coronavirus hospitalizations have also jumped at a similar clip, reaching 2,717.

In contrast to Osaka, other competitors enjoyed better days.

With about 63,000 residents, the British Overseas Territory in the North Atlantic Ocean became the smallest nation to win a Summer Olympic gold medal.

In the pool, Russian Evgeny Rylov broke a U.S. stranglehold on the men’s 100m backstroke, while Tom Dean powered to gold in the men’s 200m freestyle, heading a British one-two with Duncan Scott taking silver.

Olympic organizers remained on alert to monitor the impact from a tropical storm off Japan’s east coast, with the nation’s hot, wet and unstable summer weather patterns a persistent concern for the Games.

At the archery venue, early rounds of the individual events were delayed by some two and a half hours due to the storm.

In Yokohama, just south of Tokyo, the sun emerged after Canada beat Mexico for the softball bronze, playing through a steady drizzle and strong gusts of wind.

Tokyo was forecast to receive up to 31.5 mm (1.2 inches) of rain over 24 hours from tropical storm Nepartak, now forecast to make landfall in the north early on Wednesday, the Meteorological Agency said. 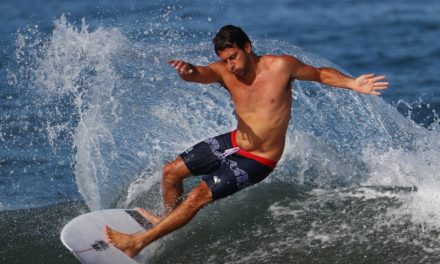 South Africa: Aiden Markram Has the Chance to Reshape His Image