They arrived this town of Japan yesterday for a two-week acclimatisation training camp.

An 11-man delegation from Cameroon is currently sojourning in the Japanese town of Tomakoma? to foster preparation ahead of the 2020 Paralympic Games in Tokyo, which runs from August 24, 2They arrived this town of Japan yesterday for a two-week acclimatisation training camp.021 to September 5, 2021. The team consisting three qualified Cameroonian athletes, two guides, two coaches amongst others arrived the town yesterday August 9, 2021 after a stop in Tokyo. They are led by Jules Théodore Essindi, the mission head.

The delegation is being lodged at Hotel Grand New Oji in Tomakoma? and we gathered it is strictly respecting the measures to limit the spread of the Covid-19 pandemic. The team will be having a two-week acclimatisation training camp with trainings expected to begin today, Tuesday August 10, 2021. Two of the Cameroonian athletes will be competing in athletics. They include Mariette Lebog (women’s 100m and 200m) and Guillaume Atangana (men’s 100m and 400m). The third athlete, Mimozette Nghamsi will be competing in the powerlifting -45kg category. We learned that these athletes alongside other members of the delegation visited the athletics track and the gymnasium of Tomakoma? yesterday.

Before leaving the country, the athletes had intense training in Cameroon which permitted them to step up their skills. Despite the weak performance of Cameroon at the just ended Olympic Games, the President of the Cameroon National Paralympic Committee, Jean Jacques Ndoudoumou is confident of his athletes and hopes that they will fly the flag of the country high. The president wishes that the acclimatisation training camp in Tomakoma? will help the athletes adapt to the climate of Japan, train with adequate and modern equipment as well as ameliorate their strength. He equally praised government for its contribution and hoped that the efforts are fruitful at the end of the show.

After the acclimatisation exercise, we learned that the athletes are expected in Tokyo on August 23, 2021 to get set for the competition. The first Cameroonian athlete to compete will be the powerlifter, Mimozette Nghamsi on Thursday August 26, 2021. 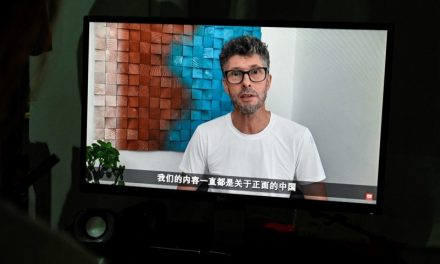