Speaking at the ground breaking ceremony for development of temporary offices at the Kasane Rural Administration Centre (RAC) recently, she said the project sought to add urban tourism and recreation as well as cultural heritage to the offering.

The objective was to maximize returns from tourism, create more opportunities for Batswana to participate in the sector and increase its contribution to GDP, she said.

Ms Kereng said 10 out of the 24 government offices earmarked for relocation from the river front would be accommodated in porta cabins at the RAC.

Relocation of offices marked the first step towards availing land for tourism purposes, she said.

Minister Kereng said the putting up of temporary offices, expected to take eight months, would be undertaken by a citizen-owned contractor at a cost of P9.5 million and employ 25 people.

She explained that infrastructure development, encompassing relocation of government offices and some residences, was one of the project’s key components.

The others were development of tourism and waste management plans, she said.

The plan would guide the new tourism product development linking it with Victoria Falls in Zimbabwe and Livingstone in Zambia, making Chobe an area of reference.

She announced that the UNWTO team leader for the job had finally arrived in Kasane after travel delays caused by COVID-19 restrictions.

Mr Ofetotse said the strategy was aimed at positioning the area in readiness for the Kavango, Zambezi Transfrontier Conservation Park initiative as well as to inform efficient land use to support and encourage tourism related initiatives.

He described the ground breaking ceremony as a key milestone in delivering on the objectives of creating a tourism destination and availing land for allocation that would go a long way in creating opportunities for citizen empowerment.

Giving a vote of thanks, Chobe District Council chairperson, Councillor Amos Mabuku said the project was a flagship venture not only for the district but for the whole country as it complemented the recently-commissioned Kazungula Bridge.

Mr Mabuko therefore implored the project team to deliver it without fail in order to transform Kasane and Kazungula into a tourism destination.

He reiterated President Dr Mokgweetsi Masisi’s call to regroup and reset, adopt new approaches and to put implementation resources in place to ensure government fulfilled its promises to Batswana.

Earlier in his welcome remarks, Kasane Customary Court president, Kgosi Thuso Wasetso said the Chobe community had been waiting patiently for the project and was therefore thankful it was finally taking off.

The project, he said, was important as it would create employment and diversify tourism in Chobe which had been hit hard by COVID-19. 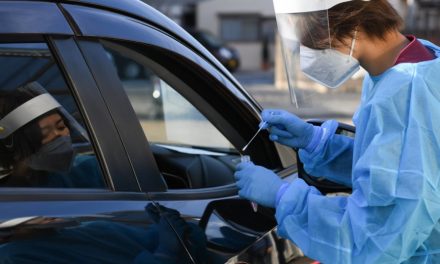