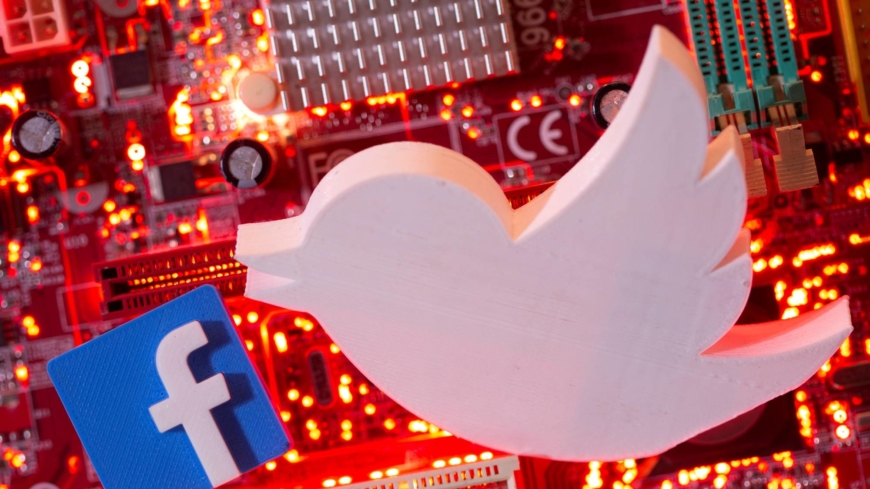 Nigerians angry about their government’s recent banning of Twitter Inc. have understandably focused their ire on President Muhammadu Buhari: It was Twitter’s decision to take down his tweet implicitly warning separatists that they could suffer the same violent end as former Biafran rebels that prompted the crackdown.

But the Nigerian ban should be a warning to U.S. lawmakers and activists, too. Their efforts to rein in U.S.-based social media giants such as Twitter and Facebook Inc. risk restricting democratic freedoms worldwide.

Antipathy toward the big platforms is rising across the U.S. political spectrum. Democrats blame them for allowing misinformation to flourish; Republicans, for allegedly censoring rightwing voices. Both agree they should be cut down to size: The Democratic chair of the House Consumer Protection & Commerce subcommittee has said “there is a bipartisan agreement that the status quo is just not working.”

The U.S. consensus has now begun to equate the tech companies’ attempts to maintain the integrity of their platforms through content management with infringements by powerful corporate monopolies on state power. Congress has taken up harsh new bills that are a first step toward using antitrust laws against tech companies.

This backlash is a gift to authoritarian governments around the world, who have been looking for a stick with which to beat Twitter and Facebook among others. Illiberal leaders have adopted the language and legal tools being wielded by activists and politicians in the U.S.

Nigeria’s information minister has complained, “Twitter’s mission in Nigeria is very suspect, they have an agenda.” Russia, which has started choking Twitter’s bandwidth, last week fined Google and Facebook for “banned content.” Moscow also wants to force the companies to open offices in Russia, so executives and employees can be held hostage to an increasingly arbitrary legal system.

India, meanwhile, reportedly decided last week that Twitter is no longer an “intermediary” but a publisher — and so can be held criminally liable for anything anyone says on it. Police in the northern Indian state of Uttar Pradesh swiftly registered a criminal complaint against Twitter and seven journalists, all of them Muslim.

The reason? A viral video in which an elderly Muslim man claimed to have been attacked because of his religion. (The state police, which answers to a government run by the Hindu nationalist Bharatiya Janata Party, has insisted that there was “no communal angle” to the assault and that both Hindus and Muslims attacked the man.) In response, India’s information minister said, “What happened in UP was illustrative of Twitter’s arbitrariness in fighting fake news.”

What global authoritarians want is for the big U.S.-based social media networks to fall into line with the rest of the local media — which are already, more or less, subject to state control and intimidation. U.S. action to constrain the tech companies provides those leaders with a toolkit of controls that they can justify internationally. Companies that resist leave themselves open to accusations of hypocrisy if they reject state diktats in the rest of the world but accept them in the U.S.

Many struggling activists in backsliding democracies may not be happy at depending upon the faceless bureaucracies of Big Tech to have their voices heard. Yet not one of them would want that power to devolve instead to the functionaries of their own states, most of whom are eager to silence all dissenters. A U.S. that sets out to subordinate social networks to the government only empowers authoritarian leaders that have wanted to do the same for years.

U.S. activists should take heart in knowing that the state is not the only option for disciplining the social media platforms. Tech companies face another burgeoning check on their power, one some would argue is more trustworthy than any politician: their own workforces.

Facebook, for example, recently had to reorganize its team in India after employees worldwide accused it of being too close to the government. The company’s Israel public policy team, whose head had earlier worked in Benjamin Netanyahu’s office, faced similar accusations last month. Facebook workers fought back, with the New York Times saying, “dozens of employees later formed a group to flag the Palestinian content that they said had been suppressed to internal content moderation teams.”

Authoritarians around the world won’t stop trying to suppress critics online or off. That doesn’t mean American activists and politicians have to help them.

Mihir Swarup Sharma is a Bloomberg Opinion columnist. He is a senior fellow at the Observer Research Foundation in New Delhi and head of its Economy and Growth Program. He is the author of “Restart: The Last Chance for the Indian Economy.”