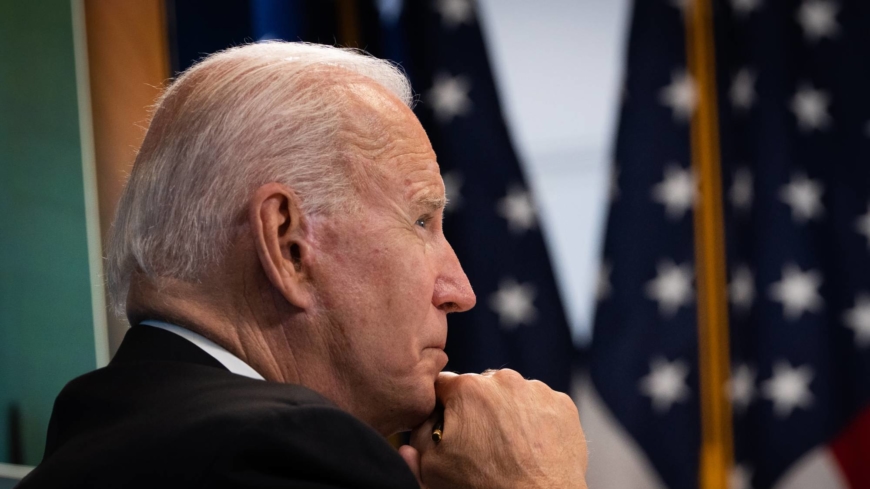 The Biden administration faces the sobering reality that returning to the Iran nuclear deal may no longer be feasible, as the Islamic Republic finds ways to cope with U.S. sanctions and races toward the capacity to build a bomb.

U.S. officials are reviewing their options after months of talks on re-entry into the accord failed to produce an agreement, according to people familiar with the discussions. Although still calling for a quick return to the pact as a pathway toward a “longer and stronger” deal, the U.S. is willing to weigh alternatives, including the interim step of limited sanctions relief in exchange for Iran freezing its most provocative proliferation work, they said.

That prospect is partly a response to heightened tensions with the election and last week’s inauguration of Iran’s new hard-line president, Ebrahim Raisi, and a spate of provocative incidents including rocket strikes on Israel by Iran-backed Hezbollah militants and the attack on an oil tanker off the coast of Oman. Iran has denied responsibility for the strike on the HV Mercer Street, which killed a Romanian and a British citizen and added to jitters in oil markets.

“This was never going to be easy, but the hope was both sides would calculate that restoration of the deal would still be the least costly option,” said Ali Vaez, director of the Iran Project at the International Crisis Group, which has made a proposal for an interim, scaled-back deal. “But both sides are to blame for squandering this golden opportunity.”

Failing to return to the original deal would mark a significant setback for President Joe Biden, who had ranked revival of the multinational accord as a top foreign policy priority and a key to his plans for the Middle East despite protests from allies such as Israel and Gulf nations including Saudi Arabia and Bahrain. Former President Donald Trump quit the pact imposing limits on Iran’s nuclear program in exchange for sanctions relief in 2018. Six rounds of talks in Vienna since Biden took office have made little headway. There’s no date set for a seventh.

The current state of affairs was described by several people familiar with the talks who asked not to be identified because they weren’t authorized to speak publicly about the matter. They said the U.S. goal is still a full return to terms of the deal known as the Joint Comprehensive Plan of Action, though they acknowledged they have no evidence that Iran’s government is ready to do that.

Markets are watching. Last week, oil dropped 7.7%, its biggest weekly drop since October, as concerns over the economic impact of the delta coronavirus variant took center stage. But markets were also destabilized by the attack on the Israeli-managed tanker and Israeli Defense Minister Benny Gantz’s warning that Israel is prepared to attack Iran if need be.

The challenge faced by U.S. negotiators, the people said, is that the Biden administration has been unable to exploit the leverage it has from sanctions to stop Iran from breaching terms of the deal, while Iran, with a new ultraconservative president and a nuclear program advancing quickly, is signaling so far that it’s not ready to acquiesce despite the continued economic pain imposed by the sanctions.

U.S. and European officials worry that the time is swiftly approaching when Iran’s nuclear know-how will advance so far that any return to the JCPOA will be meaningless and an entirely new deal would need to be struck. The agreement was structured to keep Iran a year away from developing a nuclear weapon. But its program is moving so fast that it will soon be able to build a bomb much quicker. Iran has long said it has no intention of doing so.

Even more frustrating to the Biden administration, it’s largely flying blind on Iran’s current intentions. Based on assurances Iran’s previous government gave, the belief was that the two sides could reach a deal after the election of Raisi but before he came to power. That didn’t happen. Now, officials say they believe the current government has yet to decide what path it wants to take.

“Sanctions against the Iranian people must be lifted, and we will support any diplomatic efforts that achieve this goal,” Raisi said in his inauguration speech last week. He also warned against “foreign interference” in the region.

The slow pace of talks is upending some assumptions about what happens next, according to one senior Western diplomat who’s familiar with the talks and asked not to be identified discussing private deliberations. That includes dimmed hopes for a broader deal that would encompass concerns about Iran’s ballistic missile program and its support for groups that the U.S. and allies consider terrorists.

“We urge Iran to return to the negotiation soon so that we can seek to conclude our work,” State Department spokesman Ned Price said last week. “The opportunity to achieve a mutual return to compliance with the JCPOA won’t last forever.”

Working in the U.S.’s favor: The stiff sanctions regime that was re-imposed under Trump has brought unprecedented pressure on Iran’s leaders as it keeps their nation’s economy in a straitjacket. Iran’s exports of crude and condensate have fallen from a high of more than 3 million barrels a day in October 2016 to 150,000 barrels a day currently, according to data compiled by Bloomberg.

Yet Iran endures its constrained circumstances under the anti-American bravado of Supreme Leader Ayatollah Ali Khamenei.

“It’s not a replacement for real sanctions relief, and they would be making a very significant miscalculation to think things are just fine,” Henry Rome, a senior analyst at Eurasia Group, said of Iran’s leaders. “I’m not at the panic stage some others are getting closer to. The goal is still full compliance for full compliance.”

Groups that supported Trump’s decision to quit the Iran deal — including the Foundation for Defense of Democracies and Republican Senators Ted Cruz and Tom Cotton — have made clear that they would press a future Republican president to reimpose any sanctions that Biden agreed to lift.

That was precisely the strategy of those in the Trump administration who sought to complicate any return to the deal they renounced, in part by loading on a raft of sanctions — billed as responding to human rights abuses and the funding of terrorists — that would be politically difficult to remove and popular to reimpose.

Now Iran is demanding relief from all sanctions and a U.S. promise, which Biden can’t make, that his successor won’t reimpose them.

Yet despite rising tensions and tough talk, some diplomats and analysts say Iran may still provide an opening for a deal.

“The door for diplomacy and dialogue remains open,” Barbara Woodward, the U.K.’s ambassador to the United Nations, told reporters even as she condemned Iran for the tanker attack.

“If both Washington and Tehran stick with ‘the ball is in the other side’s court’ approach, it’s hard to imagine making any progress,” said Suzanne Dimaggio, a senior fellow at the Carnegie Endowment for International Peace. “Restoring the deal before the escalatory trend we’re on becomes entrenched is in both countries’ interests.” 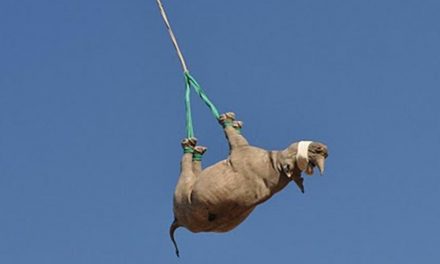 Why airlifting rhinos upside down is critical to conservation 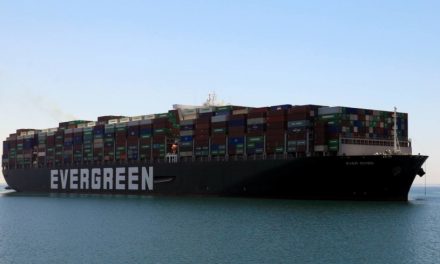 Ever Given container ship under way for departure from Suez Canal