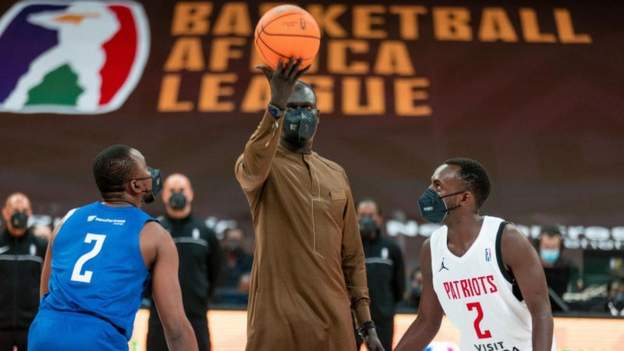 When Amadou Gallo Fall performed the ceremonial tip-off for the inaugural Basketball Africa League (BAL) he was nervous and determined not to freeze for the big moment.

For the players from across the continent and further afield the NBA-backed tournament was and will be be a chance to put themselves on the basketballing map.

“It is a dream come true, we have been watching the NBA as long as I have lived,” Zamalek and Egypt’s Anas Osama Mahmoud said.

“I have watched the Euro leagues, the Euro Cup and the European competitions for years, but to be a part of a championship and to be part of a league that is supposed to compete with these top leagues is a dream for all of us and for me personally.”

For Senegal-born Fall, a former NBA vice-president, a successful event was the next step in developing the sport in Africa.

“So many emotions. You realize the magnitude of the moment. It is bigger than all of us. This league is a lifestyle brand,” he told BBC Sport Africa.

“Players are going to earn a living playing basketball without migrating somewhere else. For me it is exciting to see what the future holds.

“The basketball Africa league is now part of the pyramid, now we are going to focus to make sure we continue to build it, to strengthen it.

“It is going to be something that will be absolute best professional basketball league in the world for years to come.

“When young boys are dreaming about basketball journey, now they have a complete pathway to start dreaming, to start playing at an early age here and to be pros right here.”

Fall’s views are echoed by the players who took part in the first-ever BAL.

“The more experience the teams get, the more the tournament will evolve. I believe it is going to be something bigger than actually what people think it is,” added Senegal’s Ibrahima Thomas, who played or Malian side AS Police in Kigali.

For Mahmoud, who was voted as the Dikembe Mutombo BAL Defensive Player of the Year, the new league gave him a chance to grow both on and off the court.

“It showed me what I lacked and what I can improve on moving forward in my career as a basketball player,” he explained.

“You will only play basketball for probably 10 years and after that you going to have to move on with your life and having connections, having people there you can really lean on for advice more later in life is something that I was looking forward to and I think they will definitely really help me.”

The BAL rosters featured players from 24 nations including 18 African countries, who see the BAL as a breath of fresh air for basketball on the continent.

“It was really a blessing to be the pioneers of the league it’ss a great chance to showcase that in Africa we can play basketball too. said Bush Wamukota from Rwanda’s Patriots BBC.

“This gave me a chance to prepare for Afrobasket too because most of these guys we played against are the most guys you will see in their different national teams,”

Ferroviario de Maputo’s captain Custodio Muchate feels that he is heading back to Mozambique a different player.

“This league will bring us to another level. Because we had a mix of players, from all over the continent and all over the world,” he explained to BBC Sport Africa.

“It is important for us here in Africa, we have guys like me it is the first time we are playing in a professional league so I have learnt many things here. I want to take these lessons and take to my country, to keep trying to develop more basketball.

“I have learnt that we have to do more.”

Fall is convinced that the success of the first BAL means that local leagues around the continent will be more competitive.

“I am excited how it is going to impact the local leagues. I bet you everybody wants to un-seat them (the 12 teams at BAL) to get a chance to play in the NBA’s BAL,” he pointed out.

“It’s going to have the ripple effect across the leagues and it can only elevate the game.”

Makrem Ben Romdhane from Tunisian side US Monastir, who lost in the final to Zamalek, admitted that despite the physicality of the games in the BAL there was plenty of talent on show.

“But I have also seem everything. I see like really good shooter, really good players, many good coaches, really good defence, really good offense, so I am very happy to see this level of this tournament.”

Cheick Bamba Diallo, a point guard for Senegalese side AS Douanes, is excited by the exposure that the BAL offers.

“This will make Europeans teams to see what Africa really has,” he said.

“Back in the day European teams looked to Africa just to get tall guys for the defence but now that aspect will change if they watch the games they will see that there is a lot of talent here.

“And to be honest I think in few years players from Africa will probably rather stay here and play in their home country because this league is definitely going to grow.”

Some of the players are already hoping that the BAL can expand to feature more teams in the future.

“(In the future I’d like to see) More, and more countries, more and more teams and have this be eventually be a real brother or sister to the NBA,” said US player Brandon Costner, who was on the roster for Rwanda’s Patriots BBC.

“Maybe eventually we can have 24 or 26 teams, travelling throughout Africa, throughout different countries, and hopefully it is an engine for economic growth throughout the continent.”

Zamalek’s Mahmoud is keen for next year’s BAL which should see teams playing around the continent rather than at a single venue that was the case this time because of the global Covid-19 pandemic.

“We can touch so many hearts of young kids who are watching it through TV but let’s say if we go and play in Egypt for a couple of games in the league, I think that would really touch the hearts of kids,” he pointed out.

“Let them see it live and see how much basketball can change their lives.” 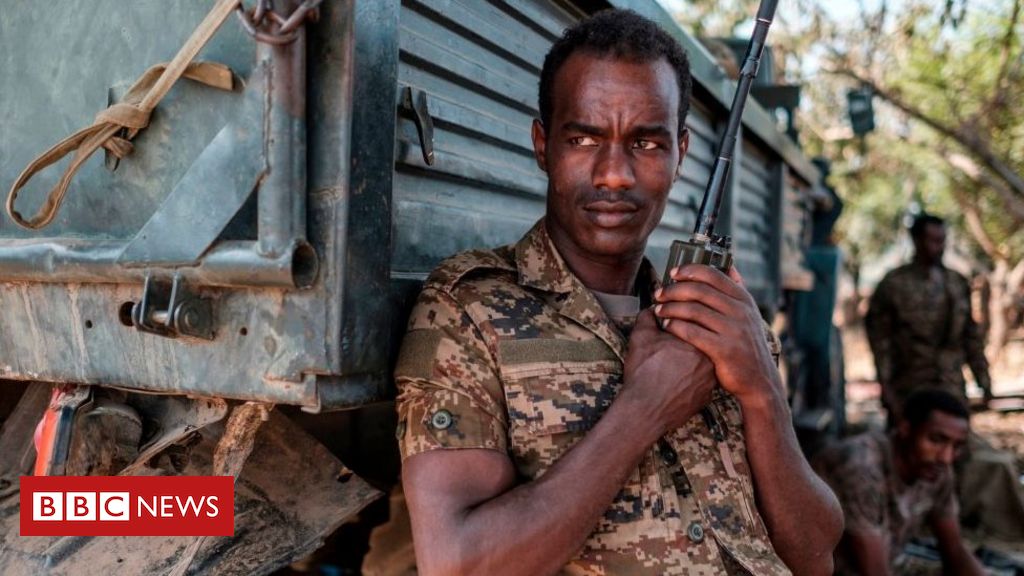 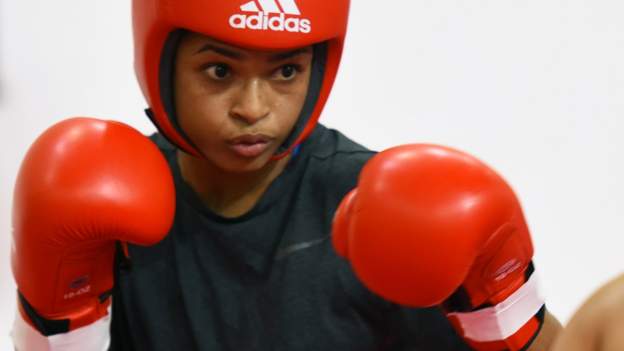 Africa: New Coronavirus Variant – What Is the Spike Protein and Why Are Mutations On It Important?