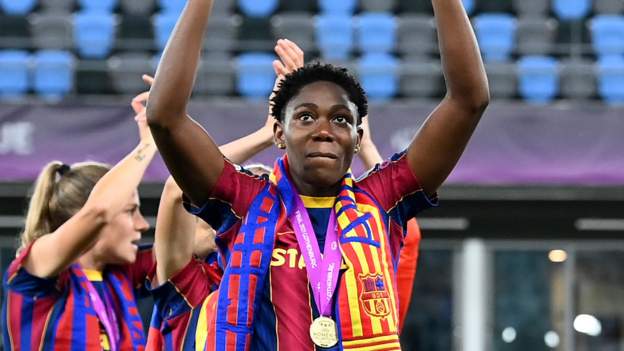 Nigeria and Barcelona’s Asisat Oshoala has been left lost for words after becoming the first African winner of the European Women’s Champions League.

The Four-time African Women’s Footballer of the Year starred as a second-half substitute as Barcelona Femenino blew Chelsea away 4-0 to win their first Women’s Champions League title in the Swedish city of Gothenburg.

The Nigerian captain, 26, had a last-gasp goal ruled out for offside as the Spanish side’s triumph brought an end to Lyon’s run of five Champions League titles in a row.

“It was very important not to make the mistakes of the past [4-1 loss to Lyon] but to learn from it,” Oshoala, who has now won back-to-back Spanish League titles with Barcelona, told BBC Sport Africa.

“I can only thank God who has made everything possible through sheer hard work, by playing alongside this incredibly talented group that creates a lovely family atmosphere.

“It’s is a great feeling and I can’t really put my emotions into words because it has been a tough journey to get here.

“I hope this will continue to inspire other young girls in Africa and motivate everyone around the world that you can achieve whatever you put your mind to and work hard for it.”

Two years ago Oshoala claimed another notable first as she became the first African to play and score in the Women’s Champions League final as they lost 4-1 to Lyon.

Being a professional women’s footballer was unheard of to her family, almost frowned upon, but Oshoala defied the odds and her parents to achieve her dreams.

After having to play football on the streets in secret, it was not until she got the golden boot in the 2014 Under-20 World Cup that her parents finally accepted her career as a footballer.

“As a woman I guess they weren’t sure it was the right move, but I had decided it was my path and they gave their blessing,” she told BBC Sport in 2016.

“I know it has to work out for me and could help other young girls to break through the glass ceiling in women’s football.”

She has since opened her own football foundation in Lagos, Nigeria, available only to girls, allowing them to dream of playing professionally and providing them with a path to do so.

The Champions League title is just the latest honour she has won in her career, already this season her 15 goals have helped Barcelona retain the Primera División crown, to add to the Spanish Cup and Super Cup.

Oshoala won the Confederation of African Football’s (Caf) Women’s Player of the Year award in early 2020 – for a fourth time equalling the record of fellow Nigerian Perpetua Nkwocha.

The maiden BBC Women’s Footballer of the Year winner scored at the 2019 Women’s World Cup to help Nigeria reach the last 16 in France.

She joined the Spanish outfit initially on loan from Chinese champions Dalian Quanjian in January 2019 before signing a permanent deal five months later.

The former FC Robo and Rivers Angels star moved to Quanjian in the Far East in February 2017 from English side Arsenal Ladies with whom she won the Women’s FA Cup at Wembley in May 2016 .

She finished as the Chinese Women’s Super League top scorer in 2017 with 12 goals to help her club to the title same year.

Oshoala, who began her European career at Liverpool Ladies, won her third Women’s Africa Cup of Nations with the Super Falcons in Ghana in 2018, scoring three goals as Nigeria lifted the title for a ninth time.

Africa: How Extractive Industries Manage to Carry On Harming the Planet 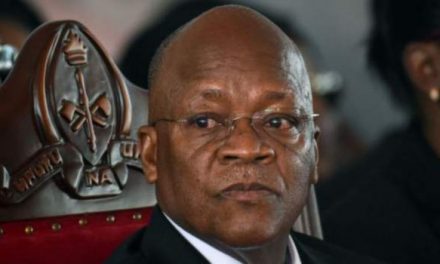 Tanzania says it has ‘no plans to receive’ Covid-19 vaccines 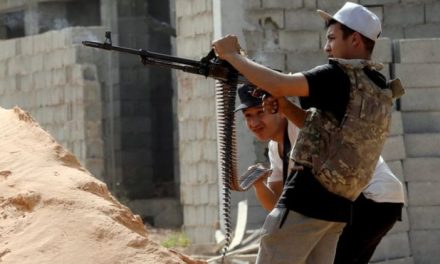