As Tokyo Games draw near, confusion reigns and COVID-19 spreads 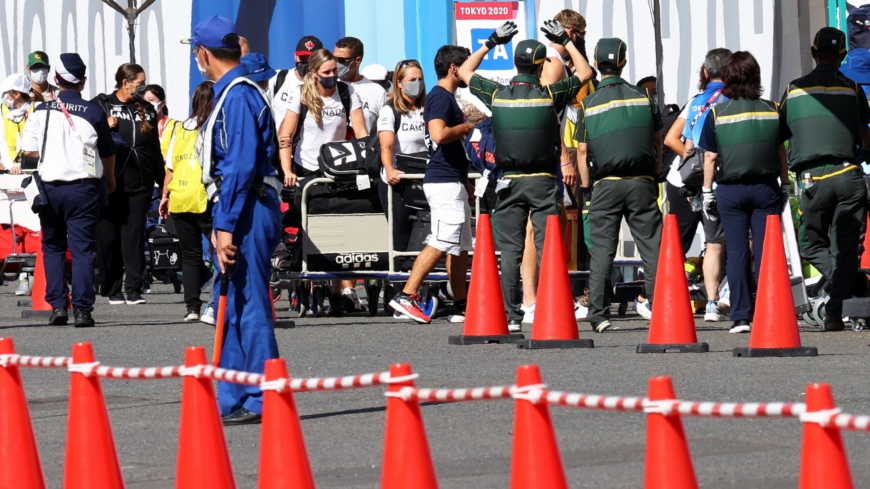 Untimely outbreaks, transit turmoil and political gaffes abound in Tokyo, where Summer Games organizers find themselves scrambling to solve critical issues just days before the opening ceremony of the Olympics.

Measures meant to ensure a “safe and secure” event that may have looked good on paper aren’t faring so well in practice.

A growing list of athletes, coaches and other individuals working in close contact with Games delegations have tested positive for COVID-19 at airports, hotels and, most recently, the Olympic Village.

Steps taken to prevent the spread of the virus are already unraveling at the seams with five days to go until the opening ceremony on Friday, leaving organizers with little time for damage control.

On Sunday, the Tokyo Organising Committee revealed that ten additional cases of COVID-19 had been reported among participants, including three athletes, two of whom were staying in the Olympic and Paralympic Village.

The news came a day after the organizing committee announced that an individual from overseas involved in the Tokyo Games had tested positive at the village, the first case at the site where thousands of athletes are expected to spend a majority of their time during their stay in Japan.

Olympic officials have been at pains to play down the health risks of the Games.

“Mingling and crossing of populations is very limited. We keep the risk to an absolute minimum level,” Olympic Games executive director Christophe Dubi said on Sunday.

“We can ensure that transmission between the various groups is almost impossible.”

While nearly all Olympic events will be held without spectators, the virus could still spread among the tens of thousands of athletes, staff and foreign press, many of whom are beginning to emerge from their mandatory isolation periods following their arrival in Tokyo.

Organizers reported 15 new coronavirus cases on Saturday and 10 on Sunday among staffers and athletes, bringing the total to 55. Dozens of athletes from different delegations have gone into quarantine after a teammate, coach or masseur tested positive. Last week, a cluster of infections emerged at a hotel in Shizuoka Prefecture where dozens of athletes were staying.

From Brazil to Russia to South Africa — and more — athletes from numerous countries have been or remain in isolation after someone close to or on their team became infected.

The “bubble” meant to protect athletes and staffers from the Japanese public, and vice versa, may have holes.

While the opening ceremony will be held on Friday, competitive events begin Wednesday.

Regardless, organizers have little time to revise or reinforce countermeasures.

Many of the thousands of athletes, staffers and foreign press have already landed in Tokyo. While the International Olympic Committee said around 80% would be vaccinated, recent reports suggest a number of them are overlooking or ignoring requests to limit their movement.

On Friday, a Ugandan weightlifter went missing from a site in Osaka Prefecture where his team was training in preparation for the Games. Media reports said he left a note behind explaining he intended to live and work in Japan.

As organizers clamber to gain control of the situation, another surge of COVID-19 infections — one inflamed by the deadlier and more contagious delta variant of the virus — is continuing in the capital.

Tokyo reported 1,410 cases on Saturday, its highest daily count in nearly six months and the fourth consecutive day in which the city reported more than 1,000 new infections.

Despite the declaration of a fourth state of emergency in Tokyo, foot traffic has not declined significantly as the impact of Japan’s largely voluntary infectious disease measures diminishes with each iteration.

The central government’s top COVID-19 adviser said last week that efforts to stop or subdue the flow of people may be futile.

Shigeru Omi, chair of the central government’s coronavirus subcommittee, told a closed-door parliamentary session Thursday that “people are getting tired of dealing with the coronavirus and the state of emergency, and I hear that restaurants that serve alcohol, in particular, cannot stand the current situation.”

While the country’s virus measures have to some extent always focused on the prevention of cluster infections at restaurants and bars, since late last year dining establishments in Japan’s most populated cities have become the primary target for officials looking to limit the spread of the contagion.

But the economic fallout has been substantial and the emergency declaration in Tokyo and the banning of nearly all spectators at the Games has only compounded the economic losses.

Not only have dining establishments been asked to stop serving alcohol by 7 p.m. and close at 8 p.m. until the emergency is scheduled to end in August, they can no longer count on a boost in profits from domestic fans who had been planning to travel to Tokyo for the Games.

Still, organizers remain rooted in their commitment to opening the Games later this week. International Olympic Committee President Thomas Bach said last week there is “zero” risk of locals in Japan becoming infected because of the Games, but moments later drew ire when he mixed up Japanese and Chinese people.

Athletes and other participants will be required to take COVID-19 tests regularly, and athletes will need to check into the athletes village — a 44-hectare complex in the city’s Harumi area near Tokyo Bay — five days before competing, and leave two days after their last event.

With live-viewing sites and other promotional events having been canceled due to virus concerns, local officials have asked residents to watch the Games at home.

“These are difficult times,” Tokyo Gov. Yuriko Koike said during a news conference Friday. “But the Games give us a chance to gather in the comfort of our own homes, and have fun with our family and loved ones.” 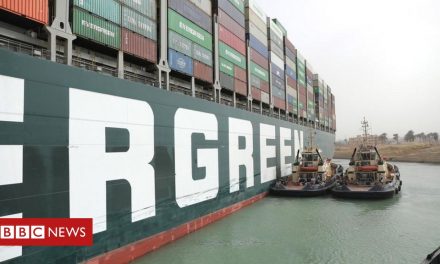 Africa: How to Navigate the Long and Complicated U.S. Vote Count