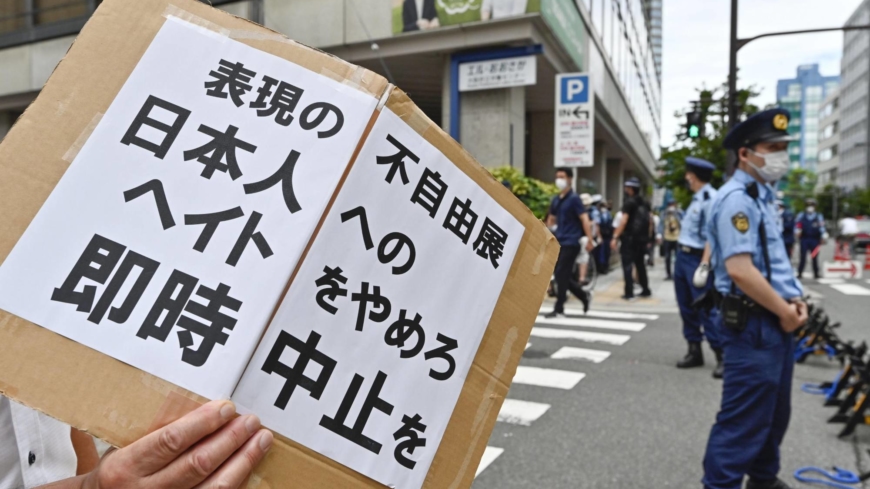 Osaka – A controversial art exhibition featuring a statue of a girl symbolizing wartime “comfort women” opened in Osaka on Friday.

The statue was displayed at the “After ‘Freedom of Expression?’” event held in Aichi Prefecture in 2019, which was temporarily suspended due to criticism of the statue.

The Osaka event, called the “Non-Freedom of Expression Exhibition,” is set to run through Sunday.

Organizers have received threatening letters and police officers have been deployed to ensure security. Lawyers were also on hand to deal with possible legal trouble.

Outside the venue, a person with a loudspeaker protested against the exhibition.

In June, the owner of the Osaka venue where the exhibition is taking place revoked permission for the event to take place there, as the event received a flood of protests. However, the Osaka District Court and Osaka High Court overturned the decision.

Earlier this month, the venue for a similar exhibition in Nagoya was closed during the event after it received a package containing something resembling firecrackers. A similar event in Tokyo has been postponed.

“Comfort women” is a euphemism for those who suffered under Japan’s military brothel system before and during World War II. They were forced or coerced into sexual servitude under various circumstances, including abduction, deception and poverty. 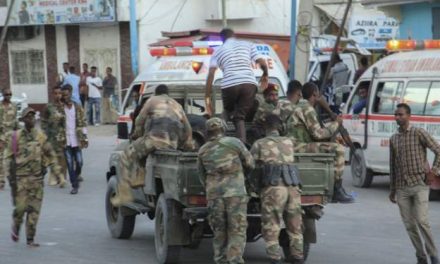