Renewable energy is expected to account for less than 10% of Africa’s electricity generation by 2030, showing massive investment is needed to unlock the continent’s wind and solar power potential, researchers said on Monday.

Drastic policy change and investment will also be needed if the notion of Africa “leapfrogging to renewables” is plausible, according to the authors of a new study by the University of Oxford, published in the academic journal Nature Energy.

“This study is a warning to the world that Africa needs serious investment if it isn’t going to shipwreck global efforts to tackle climate change,” said Mohamed Adow, director of Nairobi-based Power Shift Africa, a climate think-tank that was not involved in the research.

“(But) these predictions don’t need to come true, Africa has an abundance of wind and solar resources, but it needs climate finance from richer countries to help it to harness this and get off the fossil fuel track,” Adow said in emailed comments.

Africa is living through climate change-related droughts, floods, rising sea levels and food insecurity, according to a 2020 study by The World Meteorological Organization, a United Nations’ agency specialising in atmospheric science.

Sub-Saharan Africa currently produces less than 4% of global emissions, according to regional officials.

Funding the transition to clean energy is not a possibility for many countries, with the Brookings Institution, a Washington-based think-tank, estimating that one in five African countries do not have enough revenue to cover state costs.

The Oxford study’s authors said that prior to their research there was a lack of evidence-based data on the probability of Africa transitioning to non-hydro renewables in the next decade.

“We hope this study is useful to … show we need to take swift action if carbon lock-in is to be avoided,” said Galina Alova, lead author and researcher at the Oxford Smith School of Enterprise and the Environment.

The study shows that in 2030, fossil fuels will account for two-thirds of all electricity generated across the continent, with much of the Africa’s solar energy production – 40% – coming from South Africa alone.

Most nations relying on hydropower on the Nile and Zambezi river basins, and the majority of Central African countries, are likely to see their energy supplies rendered vulnerable by climate change, the study found.

The authors said that investment in clean energy could also boost national economies.

“Africa’s transition to renewables does not need to come at a trade-off to its economic development,” said Philipp Trotter, study co-author and researcher at the Oxford Smith School of Enterprise and the Environment.

“Renewables are now often cheaper than fossil fuels, and are capable of delivering baseload and peak power,” he told the Thomson Reuters Foundation.

The study’s authors and climate experts said swift action was needed to ensure that policies, projects and international financing are planned around renewable energy projects to maximise their success.

“If Africa goes down a fossil fuel path then it will make tackling climate change much harder,” said Adow. “We must prove the predictions wrong and ensure that Africa becomes a renewable energy super power.” 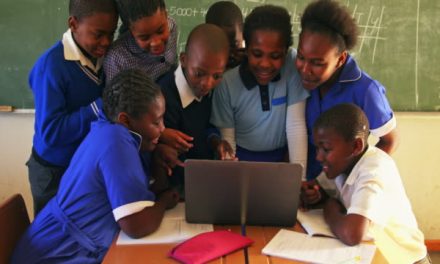 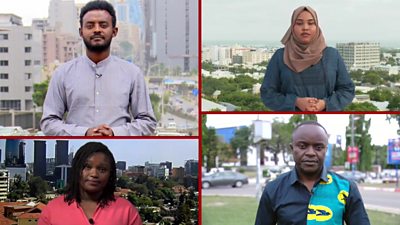 Ethiopia’s Tigray crisis: What does it mean for the east Africa region?