According to UNICEF, the rate of open defecation is five times higher in rural areas (35 per cent) compared to urban areas (7 percent).

Towards this end, young people aged 10-24 in Nigeria and Ghana are embarking today on a hackathon journey that will give them the opportunity to share their promising ideas and innovative solutions to end open defecation in their communities.

They are mobilised to put an end to this widespread practice which exacerbates malnutrition and contributes to diarrheal diseases, a leading cause of child deaths in West and Central Africa.

Initiated by UNICEF and launched on the World Youth Skill Day on 15 July, the hackathon will run for several months.

Competitions will be organised between groups of young people in these two countries for them to come up with their own solutions to end open defecation.

Winners from Ghana and Nigeria will then face off each other in a multi-country challenge to determine the best ideas for ending open defecation.

Final winners of the hackathon selected including through social media by a jury made of various stakeholders, including Governments, partners, the private sector and young people will be showcasing their solutions in November 2021 at the 6th African Conference on Sanitation and Hygiene (AfricaSan 6), hosted by the African Minister’s Council on Water, a specialised Committee for Water and Sanitation of the African Union.

The winners will also have the opportunity to put their solutions into practice in 2022 and get additional support to incubate and improve on their ideas, in partnership with UNICEF.

While Nigeria and Ghana are part of the first phase of the hackathon, other countries from the West and Central Africa will join later.

According to UNICEF Regional Director for West and Central Africa, Marie-Pierre Poirier: “Making progress requires the active involvement of young people. Nothing can happen for communities without communities, particularly their younger members. The region is home to 120 million adolescents aged 10-19, almost a quarter of the total population: giving them the opportunity to share their creative and innovative ideas to fix problems that affect them – and thus be part of the solution – is the best way to ensure that solutions are acceptable to communities and meet their needs”.

Further, Poirier said large-scale change on ending open defecation has occurred in countries where mobilization of all members of society to play their role was coupled with high-level political commitment.

“Social movements can go a long way. By listening to the call of action from young people and investing in basic services, including sanitation, we can put an end to open defecation once and for all”.

The hackathon will provide a pathway for future engagement with young people on ending open defecation over the next years, complementing actions implemented by governments and UNICEF. In addition to enabling young people to contribute to solving the sanitation crisis in their communities by finding local, innovative solutions adapted to the socio-economic and cultural environments of the participating countries, the aim is also to raise awareness of open defecation as an issue that requires action by decision-makers and communities, including young people.

Only four countries in West and Central Africa (Cabo Verde, The Gambia, Guinea, and Mali) are currently on track to achieve the Sustainable Development Goal of ending open defecation by 2030. Most countries are making progress but at a pace too slow to keep up with population growth, further reinforcing the urgency in accelerating results by increasing mobilization at all levels. 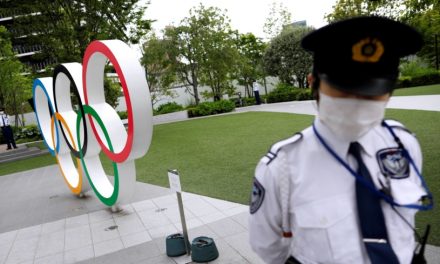 These Olympics will be about doctors, not athletes