Africa: Women in Health – Africa’s Youngest Neurosurgeon and the Future of the Field


Dr Ncumisa Jilata’s journey from a childhood classroom in Mthatha in the Eastern Cape to becoming the youngest neurosurgeon in Africa may have begun with a glass of water.

That feeling of sipping a cold drink, holding the glass in your hand, and the rush of thirst-quenching pleasure, was a visual picture given by Jilata’s Grade 11 biology teacher that began a life-long love of neurons.

“The way he introduced this concept of impulses taken to the brain and the circuitry of neurons, I thought there’s nothing that could top this,” she tells Spotlight.

Fast forward through finishing matric, completing university, and graduating with a prestigious fellowship, by the age of 29, Jilata had become one of just five Black female neurosurgeons in South Africa.

By the age of 29, Jilata had become one of just five Black female neurosurgeons in South Africa.

That remarkable achievement, however, came with challenges. A young black woman in a male-dominated field, she had to work doubly hard to be taken seriously in a career where there were few role models before her.

Now, she is working to change that.

By mentoring future generations of black women neurosurgeons and bringing science to communities, she’s hoping to shape a new future for the field.

Before her Grade 11 teacher and his glass of water, Jilata was on a completely different path. She had ambitions to become a chartered accountant. But having changed her mind, she was determined, even if that meant overcoming many obstacles.

Jilata had to take extra subjects, increase her workload and sacrifice some of her friendships for her studies. “Having people around me who believed in my dreams was important,” she says.

Among those people were Jilata’s parents, who had, from a very early age, instilled in her the values of hard work and leadership. “My upbringing played a crucial role in my success because I looked up to my parents who are both hard workers,” she says.

“They motivated me to study hard, as my degree would be the key to unlocking my future.”

And they were right.

Jilata graduated with Bachelor of Medicine and Bachelor of Surgery degrees (MBChB) from Mthatha’s Walter Sisulu University (WSU) in 2009. This was made possible with support from her father, who was also a lecturer at WSU and a bursary from the Eastern Cape government.

By 2017, she had completed her fellowship with the Council of Neurosurgeons of South Africa, which was self-funded, officially earning her title as one of five black South African women in the field and the youngest neurosurgeon on the continent.

Those achievements earned her headlines and even a special mention from then-Deputy President Cyril Ramaphosa in his address at the Presidency Budget Vote in Parliament’s National Assembly.

Naming her as one of SA’s women breaking barriers, he thanked her “for inspiring us, motivating us and challenging us with your [life] and your determination… demonstrating what is possible with perseverance, courage, collaboration, and partnership”.

Woman in a man’s field

From her rooms at Morningside Mediclinic, she treats everything from brain tumours to the effects of stroke. She also addresses issues related to the nervous system, including degenerative issues of the spine.

In some cases, she sees patients who’ve been bedridden and were able to walk again after surgery with her. “Seeing a patient wake up from the ICU and able to use all their body parts without any pain brings me great joy,” she says.

But getting where she is today was not easy. Indeed, neurosurgery has historically been a male-dominated field, with gender disparities still persisting today. According to research published in the Journal of Neurosurgery, there are only 243 African women neurosurgeons on the continent. Representation of Black women role models is even more scarce. That study found South Africa ranked third behind Algeria and Morocco with 18 registered female neurosurgeons. Only five of them, however, identify as Black. According to Jilata, there were about 150 neurosurgeons working in South Africa in 2017.

“It wasn’t easy at first, especially being a woman of colour,” says Jilata. “I was second-guessed most times and I had to work extra hard to prove to everyone else that I had the capabilities to be this neurosurgeon that I wanted to be.”

LOOK OUT for Spotlight’s #Women in #Health series. We spoke to some remarkable women who are each making valuable contributions to the field of #medicine and #healthsciences. First instalment dropping later today. @SECTION27news @TAC https://t.co/YlBED2u1bK

Mentoring the next generation

Lifestyle, discrimination, unequal opportunities, and a lack of role models are among the most common reasons keeping women out of neurosurgery, according to another study from the Journal of Neurosurgery, which specifically mentioned Jilata’s achievements.

“Role models are essential in mentoring the next generation of neurosurgeons and that’s the only way we will have more diversity in the workforce,” study author Professor Anil Nanda, of the Department of Neurosurgery at Rutgers-New Jersey Medical School in the US, tells Spotlight.

“Dr Jilata’s story is inspirational but what is important is her acknowledgement of her mentor.”

Jilata has called Dr Coceka Mfundisi, the third black woman to qualify as a neurosurgeon in SA, her mentor. And Jilata herself has taken up the torch for future females, working as a consultant with young doctors to support, train, and guide them along their neuro career paths.

“As exciting as it is to be among the few female neurosurgeons, we need to bridge the gap in percentages of men versus women in the field,” she says.

“As exciting as it is to be among the few female neurosurgeons, we need to bridge the gap in percentages of men versus women in the field,” she says.

But that role doesn’t stop with neurosurgery. Jilata says the representation of black women is important for all areas of science. “We need to share all opportunities with young black women on the importance of science and how valuable it is in the ever-changing world.”

Beyond the operating room

Heading into that future, Jilata’s colleagues see her as carrying the torch for neurosurgery. According to Dr John Ouma, Associate Professor of Neurological Surgery at the University of the Witwatersrand, she is a leader in the “new blood of neurosurgery”.

Calling her a pleasure to work with, Ouma tells Spotlight that Jilata is “among the newcomers to the field who are using every opportunity to better themselves and improve their skills and are using that knowledge to contribute to neurosurgery”.

For Jilata, that means bringing her neuroscience capabilities into the communities. Seeking to overcome the stigma, lack of services, and scarcity of information around neurological conditions, she hopes to improve lives beyond the operating room.

This would be done by funding posts for students, particularly women, with an interest in neuro. Once they’ve completed professional training, they would qualify and take up practice in community clinics and hospitals where neurological services aren’t available.

“My aspiration is to have my own foundation which would take neuro to those who are disadvantaged,” she says. “By bringing services to them, I can play a part in changing communities one life at a time.”

Such a foundation would be yet another accomplishment from a woman who has been trailblazing since Grade 11. Yet despite the accolades, media coverage, and kind words from colleagues, she remains humble.

“Honestly, I’m just a doctor doing my job. And in doing my job, I get to be appreciated by the world. I’m sincerely grateful,” she says.

*This article is part of Spotlight’s Women in Health series featuring the remarkable contributions of South African women to medicine and science. 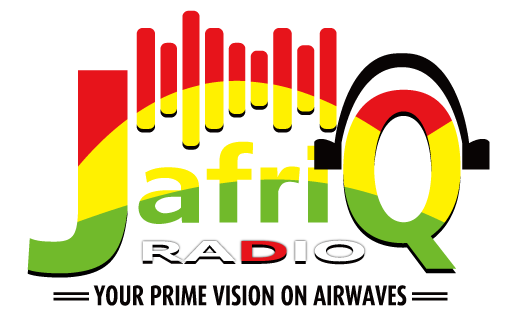 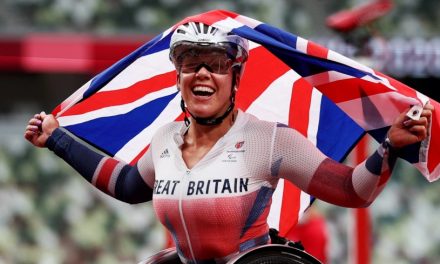 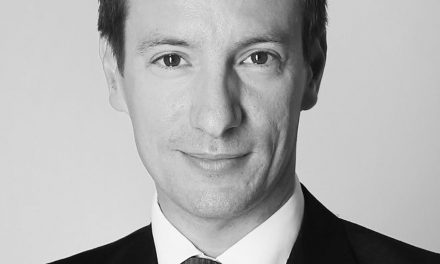