Africa: Will Stolen African Artefacts Ever Find Their Way Back Home?


Heritage activist Mwazulu Diyabanza, from Congo, has been on a grabbing spree of African artefacts in European museums that were stolen from former colonies. His actions have left him with a total bill of $9,771 in fines.

What is driving Diyabanza to take ethnographic collections that are on display in museums across Europe? It’s his frustration with stringent ancient laws that go back to the 16th century in most European countries that consider cultural heritage materials stolen from Africa as “inalienable”.

Diyabanza, 41, has always defended himself on the basis that his actions cannot be considered theft because the objects were already stolen property.

He was first fined $6,107 for removing an object from a display case at the Louvre Museum in Paris. He had earlier been fined $1,221 for similar activities at Quai Branly Museum in Marseille, and $2,442 for removing display items at the Musée du quai Branly-Jacques Chirac Museum.

But Diyabanza — who is representative of millions of Africans who are seeking restitution of cultural artefacts stolen decades ago — may rest easy following an initiative by French President Emmanuel Macron.

After over a century of resistance by European museums to initiate restitution of African heritage materials stolen during the colonial rule, France has taken the initiative to engage the continent on modalities of returning thousands of these objects that are of great artistic, cultural, religious, sacred and economic value.

When President Macron came to power in May 2017, he toured a number of African countries and promised to initiate the repatriation of African cultural heritage items unjustly held “prisoner” by French museums: France holds more than 90,000 items.

He went on to commission a study undertaken by academics Felwine Sarr and Bénédicte Savoy whose report, The Restitution of African Cultural Heritage. Towards a New Relational Ethics, recommends unconditional repatriation of African cultural materials.

In November, the French parliament approved a Bill for the full return of 26 objects from Musée du quai Branly in Paris, to Benin, as well as other items to Senegal that were already on loan from the French Army Museum, to the Museum of Black Civilisations that opened in December 2018 in Dakar. There is hope that ownership of these objects will be officially transferred before the end of this year.

But on December 8, 2020, the French repatriation process suffered a setback when it watered down the repatriation law, adopting a case-by-case approach. Thus far, that would mean separate requests for around 13,000 objects originating from Ethiopia, Chad, Côte d’Ivoire, Mali, and Madagascar.

The biggest challenge now is that none of the 55 African counties have enacted laws to officially demand for restitution of the hundreds of thousands of cultural artefacts that were looted from Africa during the colonial period and are major tourism attractions at European museums.

George Abungu, an international heritage consultant and a former director-general of the National Museums of Kenya (NMK), says that during the negotiations for independence, most African countries had asked for the return of looted cultural items.

It is estimated that between 80 and 90 percent of sub-Saharan Africa’s ancient cultural heritage is currently held outside the continent as a result of conquest, plunder, theft, and colonisation, as well as legitimate trade and exchange.

Juma Ondeng, the NMK curator at Kitale Museum, who has been leading the International Inventories Programme (IIP), said that the challenge is that most African countries, Kenya included, do not have rules and regulations on repatriation.

“Given the lack of policy and laws, you find a situation where individual communities are petitioning the British government directly for the return of their artefacts. Cases where there has been success are when the government intervenes and negotiates on behalf of the communities, such as the one going on between Nigeria and Britain over the Benin Bronzes,” said Ondeng.

The Benin Bronzes, which are actually made of brass, are a collection of delicately made sculptures and plaques that adorned the royal palace of the Oba, Ovonramwen Nogbaisi, in the Kingdom of Benin, which was incorporated into British-ruled Nigeria.

In Kenya, the Pokomo community from the Coast has petitioned the British government for the return of the unique Pokomo drum known as ngach, which was stolen by British soldiers during the Second World War.

The Bukusu community from Bungoma County in western Kenya have also petitioned for the return of their cultural materials that were looted by British soldiers in 1895 during the Lumboka expedition.

Ondeng says that the IIP — funded by the Goethe Institute and working with Pitt Rivers Museum in the UK and other partners in Germany and France — has so far collected data of 32,501 objects of Kenyan origin held by 30 institutions in seven countries,

He says the next step is the Provenance Research to establish how the objects left Kenya and their current locations. “We are hoping that the data will help NMK and the government come up with policies and laws that will help in the negotiations for repatriation.”

Ondeng says that the biggest obstacles to repatriation are that European countries consider these items national assets with value attached to them and that museums use them as collateral to secure funds for their operations.

He said that items held in national museums in Europe are subject to parliamentary approval, while those held by private museums are flexible such as the Pitt Rivers Museum that is currently revisiting its repatriation policy.

The other challenge is that some European museums in attempt to tone down the growing agitation for repatriation have resorted to long term loans of these items to African countries, but which in essence they are legally bound to only display them and keep them safe and cannot claim ownership.

Purity Kiura, the director of Antiquities, Sites and Monuments at NMK, said most museums abroad have been advocating for the loaning of the artefacts because they hold international collections and it would be a blow for them to repatriate most of the objects.

“Many individual collectors have been donating or handing over their collections to museums. They know there are no laws that can force museums to return collections, and most of them have given conditions such as asking museums to make sure these collections go into permanent exhibitions,” said Kiura.

In 2005, Ethiopia negotiated for the return of its 1,700-year-old Obelisk, a religious granite post that was returned after 68 years in Italy. It was looted by the troops of the Italian dictator Benito Mussolini.

From East Africa, the British are holding hundreds of historical and cultural items such as the Baganda Royal Drums, and the cloaks worn by Marakwet paramount chief Chemtut when he visited London in 1960s on the invitation of English Queen Elizabeth II.

Also on show are instruments of leadership and major political events in post-colonial East Africa like a khanga commemorating the 1967 Arusha Declaration — when Tanzania established Ujamaa.

The Luo traditional Ogut Tigo (beaded cap) worn by Kenyan politicians Jomo Kenyatta, Oginga Odinga, Tom Mboya and Ronald Ngala during the Independence constitutional negotiations at Lancaster, as a symbol of nationalism, is also in their museums.

The stuffed bodies of the two man-eaters of Tsavo are on display at the Field Museum of Natural History in Chicago. These were two infamous lions from Tsavo in Kenya that killed several railway workers on the British Kenya-Uganda track at the end of the 19th century. 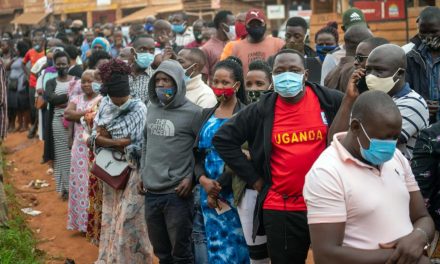 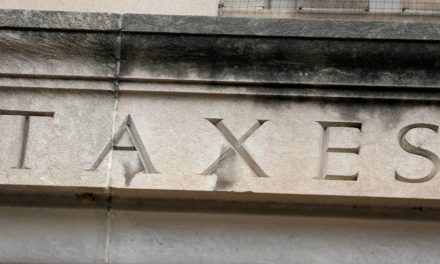