Mozambique and Senegal secured their place in the semifinals of the 2021 COSAFA Cup in dramatic fashion on Wednesday, with Eswatini joining already qualified South Africa to make up the final four in Nelson Mandela Bay.

It was a thrilling final round of matches in Groups A and B that went down to the wire, but hosts South Africa will face Mozambique in the semifinals, which is a repeat of the 2008 COSAFA Cup final in which Bafana Bafana claimed a 2-1 success to lift the trophy.

The teams have met on two other occasions in the competition and have one win apiece, the last time in Bulawayo in 2009 when The Mambas claimed a 1-0 victory.

The other semi will see Senegal clash with Eswatini, with both sides seeking to the lift the trophy, the west African team on their debut in the regional showpiece event.

There was drama in Group B as Senegal sealed their place in the dying seconds of their 2-1 victory over Malawi, and in doing so put Namibia out of the competition.

Abu Diop netted twice for the west African guest nation either side of a Khuda Muyaba strike for Malawi, who had already been eliminated before the game.

Diop’s winner came in the 92nd minute, which took Senegal to the top of the standings.

And a goal nine minutes from time by Melque Melito handed Mozambique a 1-0 victory over Namibia, who dropped down to third place by virtue of their head-to-head record against The Mambas.

Namibia and Mozambique were each on seven points, but the latter’s victory took them above the Brave Warriors and into second place.

It is tough on Namibia, who won their first two games and seemed to be cruising into the semifinals, but took just a point from their next two.

In Group A, South Africa and defending champions Zambia played to a 0-0 draw, with the latter bowing out in the opening stage of the competition.

There were not too many clear-cut chances for either side, and in the end a draw was a fair result.

Eswatini and Botswana played to a 1-1 draw in the other match in the pool, which ensured the former would advance to the semifinals.

A win would have taken Botswana through, but in the end they had to come from behind as Sabelo Ndzinisa put Eswatini ahead in the first half, only for Thatayaone Kgamanyane to equalise with his third goal of the competition.

You can follow all the semifinal action live on SuperSport channel 202 and live on www.cosafa.tv.

Group standings are determined by:

1) Head-to-head record between the teams.

2) Goal-difference in matches between the teams.

3) Goals scored in matches between the teams.

4) Goal-difference in all group matches. 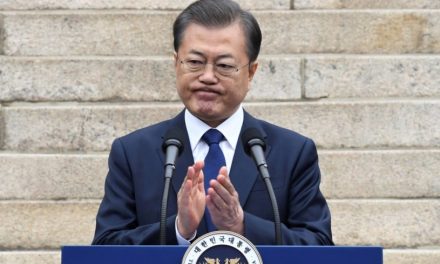