Twenty-twenty is a year many people would easily want to forget following the outbreak and subsequent effect of the novel coronavirus of 2019 (Covid-19).

Massive developmental projects that African leaders had anticipated to roll out at the beginning of the year were shelved as Governments diverted funds meant for them towards fighting the pandemic.

The outbreak of the pandemic and its subsequent effects, which literally left nearly two million people dead and major economies grinding to a halt numbed the globe, throwing the world into disarray.

However, in the midst of the Covid-19 pandemic, Africa held its own and plodded through the challenges posed by the virus to implement important strategies for the development and stability of the continent.

Preparations to kick-start the continent’s biggest trading market, the African Continental Free Trade Area Agreement have been gathering steam throughout the year amid indications that Nigeria is now the 34th country to ratify the treaty.

With Nigeria’s decision to ratify the treaty early this month, Africa is already geared to deliver a commercially viable continental trading market that kicks off tomorrow, amid expectations of a high turnout of traders on an exclusively African platform.

Twenty-member states among them Botswana, Tanzania, Zambia and Mozambique are yet to comply. However, that will not stop AfCFTA to execute its mandate of ensuring that African member states will be trading by themselves, a platform that the continent had been yearning for all these years.

The AfCFTA agreement entered into force on May 30, 2019 after the treaty was ratified by 22 countries, Zimbabwe included, the minimum number required under the treaty.

Trading that was initially scheduled to start on July 1, had to be postponed for six months to January, owing to the Covid-19 pandemic.

The platform is expected to spawn an array of opportunities for countries whose products and services are good enough to trade on such a highly competitive arena. It therefore calls to order for countries to polish their workmanship, lest they might find it difficult to access opportunities.

This year, Africa pulled a feat in the political terrain when more than 20 African countries held elections — 12 of them presidential — in a show of democracy despite the financial and social strain that Covid-19 had on many economies.

Some of the countries that held elections included Tanzania, Niger, Central African Republic, Ghana and Malawi.

Despite some reported cases of violence in some countries, new leaders were sworn into office, a clear attestation that Africa is capable of defining its own political trajectory without the interference of the outside world.

However, good as this may sound, critics say the 2020 elections may turn out to be a historic lost opportunity towards gender equality in politics after it emerged that the few female candidates participated in the elections from various countries failed to make it into office.

Unlike the Americans who played the gender card right by electing Kamala Harris — the first female of colour as their vice president-elect, male candidates emerged winners in Africa, with no single female candidate being elected into high office.

Lack of female representation in the top echelons of power in Africa is a historical and structural problem African leaders will need to urgently address, considering that women make up half of Africa’s population, yet their representation has remained insignificant over the years. The challenges stalling women in governance issues are well documented and would need political will and resourcing to hoist the female populace on a political pedestal.

Africa committed to deal with insurgency

Silencing the guns by 2020, proved to be a challenge for Africa, after violence and terrorism broke out in some parts of the continent, with conflicts being reported in Nigeria, Ethiopia’s northern Tigray and insurgency in Mozambique’s Cabo Delgado.

However, the robust decisions taken by both the Ethiopian government and Sadc Organ on Politics, Defence and Security on insurgency attests to the continent’s commitment to thwart any attempt to destabilise constitutionally elected governments.

The conflict between Ethiopia’s federal forces and the rebellious Tigray’s People’s Liberation Front (TPLF) is believed to have killed thousands and displaced approximately 950 000 people since November.

In the northern part of Mozambique, terrorism has left more than 3 000 people dead and thousands more homeless, a development that resulted in Sadc calling for an Extraordinary Sadc Organ on Politics, Defence and Security Cooperation Summit in Maputo this month.

The summit was attended by President Mnangagwa among other leaders to strategise on the way forward.

However, Sadc countries will not take the events in Mozambique lying down and the bloc has since indicated that it is monitoring the security situation in that country while mapping out strategies to ensure Islamic insurgency activities in the northern parts of the country are tackled appropriately. In the event that the insurgency escalates, Sadc will have no option, but to step in and stop the further loss of lives.

End of an era: Western Countries dump the CFA Franc

In a landmark decision, several countries in the West African Economic and Monetary Union finally agreed with France to rename its CFA franc the ECO and cut some of its financial ties with Paris that had pinned the region’s common currency since its creation during World War Two.

Under the new development, the Eco will remain pegged to the Euro, but the countries in the bloc will no longer have to keep 50 percent of their reserves in the French Treasury. In addition, they will no longer be French representatives on the currency’s board.

Some West African countries wanted it gone because they viewed it as a relic from the colonial times, while others argued that it provided some form of financial stability in the turbulent regions. 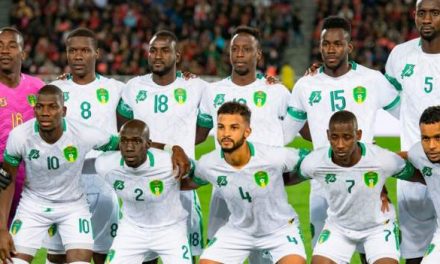