Vision, quality of life, the economy and development are all so interconnected that eye health should be reframed as a mainstream part of the sustainable development agenda, says a major report on eye care.

The report by 73 leading experts from 25 countries warns that without additional investment in global eye health, 1.8 billion people may be living with vision impairment by 2050. Right now, there are deep inequalities both between and within countries, it says.

Matthew Burton, who led the Lancet Global Health Commission, said: “About 90 per cent – nine out of ten – of the 1.1 billion people globally who are living with vision impairment live in low- and middle-income countries. If you look at absolute numbers, they’re mostly in South Asia, East Asia and South-East Asia.”

Western Sub-Saharan Africa is also disproportionately affected, the Commission found, with rates of blindness up to nine times higher than in North America in 2020.

A shortfall in eye health workers was identified as a major barrier to care in developing countries, with one ophthalmologist per one million of the population in parts of Sub-Saharan Africa, compared to an average of 76 per million in high-income countries.

“When you look within low- and middle-income countries, there are also huge variations in the burden of disease in different sections of the populations,” added Burton, director of the International Centre for Eye Health at the London School of Hygiene & Tropical Medicine.

“Strikingly, for example, in both Sri Lanka and Nigeria, nearly half of all blindness from cataract is concentrated in a very particular group: women, who live in rural areas, who are widowed.”

Evidence from the Commission shows that impaired vision disproportionately affects women, rural populations and ethnic minority groups. For every 100 men living with blindness or moderate to severe vision loss worldwide, there are an estimated 108 and 112 women affected, respectively.

Hannah Faal, of the University of Calabar, Nigeria, another of the Commission’s authors, believes that identifying these “pockets of inequity” by disaggregating data is crucial.

“We’ve got to disaggregate data by person, by location and by circumstance, and that’s got to be built into the ongoing information collection systems of all countries,” she said.

The Commission found that enhancing eye health could help to achieve a range of the UN’s Sustainable Development Goals, by contributing to improvements in gender equality, education, employment prospects, work productivity, household income and economic productivity.

“What the Commission seeks to do is to slightly reframe the discourse of eye health as being not just a health issue, but actually something that speaks to many areas of sustainable development, many areas of life in general,” said Burton.

“Eye health clearly is a health and wellbeing issue, and we have mapped evidence on how it can affect quite different areas of health,” he said, citing the example of how dementia can be compounded by impaired vision, as well as links between severe vision impairment and risk of mortality.

“Beyond that, you can imagine the importance of eye health quite clearly in many other aspects of life,” added Burton. “If a child can’t read the blackboard, they’re going to be held back in their learning and their ability to engage in school, and that has an enormous effect on their life trajectory in terms of their ability to progress in education and in employment and beyond.”

The report makes a range of recommendations for governments, including improving access to eye care using telemedicine, mobile health, and artificial intelligence. It highlights Kenya where teachers are using smartphones to diagnose and refer pupils with vision loss.

The study builds on the 2019 World Report on Vision* by the World Health Organization (WHO) last year, adding further analysis on the economic benefits of good eye health. Tackling preventable sight loss could bring global economic benefits of US$411 billion a year, authors estimate.

The Commission urges governments to include eye health in broader healthcare planning and financing.

“One of the problems we’ve had with eye health over the decades has been it’s often sat outside the mainstream of the health system,” said Burton. “The big nudge from the WHO in 2019, which the Commission is taking forward, is the argument that eye care really needs to be a part of universal health coverage. We think if that becomes a reality, many things will begin to improve, as activities are focused on reaching the people who are least well served.”

Alarcos Cieza, unit head of sensory functions, disability and rehabilitation at the WHO, said: “If we address eye diseases and vision impairment, then all of the broader impacts with links to the sustainable development goals happen in a more automatic way – in education, in labour, in reducing road traffic accidents and so on. … so children in school and people working can achieve their full potential, and our ageing population can age well.”

* This article was corrected on February 19, 2020, to clarify that the Lancet Global Health report builds on the WHO’s 2019 World Report on Vision, not the VISION 2020 report as previously stated.

This article was originally published on SciDev.Net’s global edition. 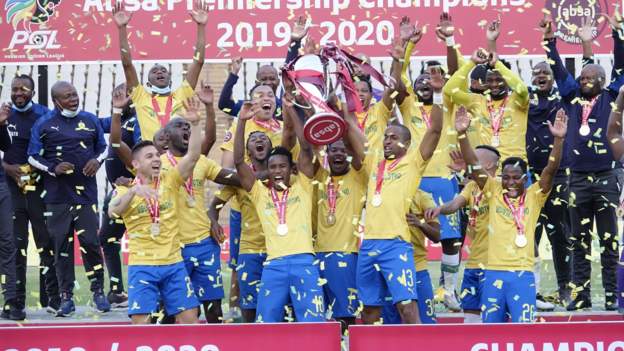 The rise and rise of South Africa’s Mamelodi Sundowns 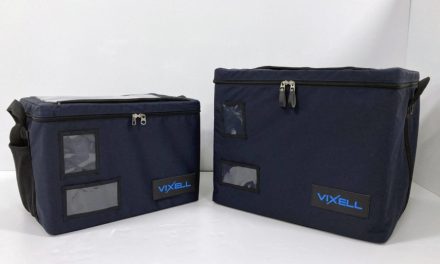