Prime office rents declined by 11 percent while residential rents declined by 19 percent on average in the year to December 2020 in most prominent African cities due to the current economic downturn occasioned by the Covid-19 pandemic.

Prime office and residential rental yields in Nairobi declined by 3.9 percent in 2020.

“In general, we anticipate that the office market will remain subdued over the course of 2021 with earlier signs of recovery only expected in the last quarter of the year. However, we expect that occupier activity in major hotspots such as Nairobi might increase,” said Tilda Mwai, Knight Frank Researcher for Africa.

Unique conditions affected rental yields in the different cities. In Dar es Salaam and Nairobi for instance, the lockdown restrictions imposed towards the end of Q1 impacted negatively on flights by expatriates, market activity and thus on consumer spending power.

In southern Africa, currency fluctuations, the political climate in Lusaka and a supply glut in Johannesburg and Cape Town were some of the issues affecting rental yields.

“There remains an oversupply of commercial space in most districts across the city which together with the slowly recovering economy and working from home dynamic has given occupiers the upper hand in lease term negotiations and forced landlords/developers to be more flexible,” said Knight Frank Kenya Head of Agency, Anthony Havelock.

Kampala, however, is expected to record a rise in occupier activity due to the recent signing of the East African crude oil pipeline project which could drive up demand from the oil and gas sectors. 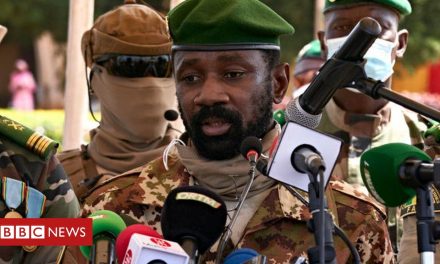 Namibia: This Is My Last Olympics – Johannes

Zimbabwe: Light and Darkness… a Tale of Our Two Foreign Coaches