Africa: Opinion – Indigenous Peoples Hit Hard By Threats to Nature but Lack a Seat At the Table


Indigenous leaders are increasingly invited to climate and conservation summits but are still not treated as equal partners.

The Paris climate agreement is widely considered one of the greatest diplomatic successes of all time – a historic turning point for global climate action. What’s less known is that the event where it was agreed – the 2015 U.N. Climate Summit – sidelined the voices of some of its most pertinent participants: Indigenous peoples.

More than 250 Indigenous leaders from all corners of the world attended, yet many of them had to stage their own side events because they could not join the official negotiations. As an inevitable consequence of this, their rights were not formally addressed in the legally binding section of the final agreement – an ethical and practical travesty.

It was a similar story at the most recent Climate Summit in Madrid in 2019: while government officials and big corporate and civil society groups enjoyed easy access to the talks, and to behind-the-scenes meetings with national delegations, many of the Indigenous peoples who attended once again struggled to get their voices heard.

We two have never met. But having spoken at length when we recorded an episode of WWF’s Forces of Nature podcast – candid conversations between environmental activists of different generations – it’s clear that we share a grave concern that history will repeat itself as global environmental conventions start to reconvene in person this year.

While Indigenous leaders are now increasingly invited to attend events like the upcoming IUCN Congress in Marseilles in September or the COP26 Climate Summit in Glasgow in October, they still aren’t treated as equal partners.

The fact that there are more than 370 million people worldwide who identify as Indigenous is often overlooked; as is the fact that their leaders have their own lands, their own languages, and their own organizations and laws. They are widely excluded from the decisions that affect them in global fora and in the countries where they live.

For many from Indigenous groups, exclusion from these big events starts before they’ve even left home. Right now, we’re trying to bring a delegation of Indigenous leaders to the IUCN Congress and the costs, the visas, the vaccines are more than many of them can afford – unsurprising when you consider that Indigenous communities are around three times more likely to face extreme poverty than others.

Similarly, one of the Saami youth organisations Martina represents is having trouble attending the Glasgow COP because of the costs involved. Getting to somewhere like Scotland is even more of a challenge if you’re a member of the Sarayaku people living in the Ecuadorian Amazon or part of the Baka tribe based in the Cameroonian rainforest.

We want to see environmental conventions becoming more inclusive of Indigenous peoples – and not just because they’re a minority who should be respected for their inherent worth. It’s also because for generations, they have done more than anyone to sustain, defend and restore biodiversity – as this study showing that 91% of their lands (and those of local communities) are considered to be in good or fair ecological condition brought into sharp focus. And because they’re also among the worst affected by climate change and the destruction of nature.

For example, changing snow conditions driven by climate change are affecting not only reindeer – who struggle to find food amidst thick snow and ice crusts – but also Saami reindeer herders, who are seeing their whole way of life threatened, even their language. They used to have at least 200 words for snow but many of these types of snow have disappeared in recent years as the snow-free season grows longer.

Indigenous peoples’ tangible experience of nature’s decline gives them more insight than most into the threats facing our planet, so why are they still being forgotten in these debates? Their perspective on these issues should be valued for the wisdom it contains, and their active participation supported – through both funding and a fundamental change in philosophy – to help reduce the negative environmental and social impacts of new international policies.

As countries look ahead to the IUCN and climate negotiations later this year, it’s vital that for the first time ever, Indigenous peoples are given the prominence they deserve. Global conservation goals will be unobtainable without them.

Any views expressed in this opinion piece are those of the author and not of Thomson Reuters Foundation.

Princess Esmeralda of Belgium is a journalist, documentary-maker and indigenous rights activist. Martina Fjällberg is a Saami reindeer herder and climate activist from Sweden. To learn more about WWF’s Forces of Nature podcast, please visit https://lp.panda.org/forces-of-nature-podcast 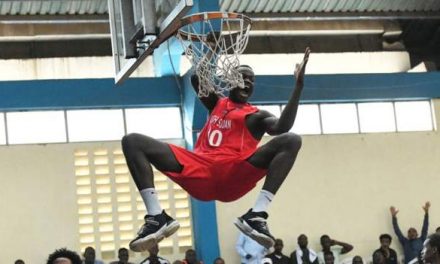