Namibian athletes Christine Mboma and Beatrice Masilingi began to make headlines in 2021 for their exceptional 400-meter sprint times. In July, it was confirmed that the 18-year-old athletes had been barred from the 400m event at the Tokyo Olympics because of too-high natural testosterone levels according to World Athletics‘ track and field rules. (The rules don’t apply to the 200-meter sprint and they both qualified for this, with Mboma finishing second.) This ongoing ‘sex testing’ controversy also dashed South African star Caster Semenya’s hopes of defending her 800-meter Olympic title. Dr Nana Adom-Aboagye from the Centre for Sport Leadership at Maties Sport (Stellenbosch University) researches African women and gender equity in sport. We asked her what issues the tests raise for African athletes.

What are the testosterone rules?

Testosterone testing in sport is about gender verification. Gender verification of female athletes lends itself to the ongoing and rigid framework of socially constructed expectations about physiological sex.

To break it down, testosterone is a naturally occurring hormone, a chemical affecting the body’s growth and development. Testosterone is associated with males, but men and women all have varying levels of testosterone. In recent years, discussions around the perceived advantage of high testosterone levels and their perceived impact on performance has placed the spotlight on female athletes in particular.

World Athletics (formerly the International Amateur Athletics Federation or IAAF) responded by designing rules (updated in 2018) to deal with the dilemma presented by female athletes who were born with testosterone levels higher than the typical female range. These athletes are banned from competing at certain events unless they agree to artificially lower their testosterone through medication or surgery, an option for which there is currently no scientific data on the long-term effects.

The real question is how we got here. The debate and push for testosterone rules started over a decade ago, when a few within the athletics (track and field) fraternity started raising questions as to what it means to be ‘female’ and ‘a woman’ in sport. This has led to a fractious period, seemingly spearheaded by World Athletics, where, based on masculine-seeming features and good performances, women are being singled out and subjected to sex testing in order to verify their sex. Some of these women have naturally high occurring testosterone levels, such as the Namibian athletes. Others, like Caster Semenya, soon learn that they have Differences of Sexual Development – called DSD – and are considered intersex.

How have the rules impacted African women athletes?

There have been claims that high testosterone occurrence mostly affects women from Africa and South Asia. There is, however, not enough scientific data at present to justify these claims. The appearance of women with high testosterone coming from these areas is likely due to more women from these regions being identified for sex testing by athletics officials.

This raises two issues in particular around which there isn’t clarity and that have not been explored in depth. Firstly, why do testosterone levels seemingly differ among women of different racial groups and different geographic regions? Secondly, why does World Athletics refuse to share their identifying criteria for choosing certain female athletes over others when they enforce sex testing?

World Athletics also uses what some scholars and scientists deem to be flawed criteria in identifying which particular events should be included in a ban. This issue becomes even more strained and contentious as scholars and scientists – such as South Africa’s world renowned sports scientist Ross Tucker – challenge that high testosterone alone cannot justify ‘unfair’ advantage among elite sportswomen. Tucker argues that the current debates around high levels of testosterone in female athletes is a complex issue that will challenge the scientific community with respect to ethical merits versus sound research. There is insufficient scientific proof supporting current testosterone rules.

What this has led to, is the appearance of World Athletics ‘targeting’ African women, based on their supposed masculine features, once they start excelling on the global stage. It seems especially true if they are from developing countries or marginalised backgrounds.

So this is also a human rights issue?

It is a human rights violation because many of these women – and, recently, young girls – are being subjected to public scrutiny and often ridiculed by sectors of society that do not know better. These females are either being forced into testing or not told what they are being tested for. This means, ethically, they have not given consent. All of this in order to justify their existence. And once their ‘advantages’ have been publicly shared, they are forced to alter their natural genetic make up, change athletics events or give up on athletics altogether, which many have chosen to do. This not only impacts on their means of earning a living, but on their mental health as well. All of this goes against the United Nation’s Universal Declaration of Human Rights.

The perceived infringement on basic human rights and the legal implications and breach by World Athletics’ testosterone rules led Professor Steve Cornelius from the University of Pretoria to tender his resignation as a member of the World Athletics (then IAAF) Disciplinary Tribunal. He went on to join Semenya’s legal team in challenging the regulations.

What needs to be done about it?

The case of Beatrice Masilingi and Christine Mboma, the latest and youngest females to be targeted by this issue, just before the greatest moment in their careers, is indicative of a need for changes in sport, especially in World Athletics. Instead of having their performances heralded in the women’s 200-meter final, global headlines are focusing on whether or not they should be allowed to be who they are.

What is needed, urgently, is a collective stand by African sport practitioners, scientists and scholars in lobbying the current issue as a political agenda. This could lead to much needed state support and involvement in challenging the direction that sporting history seems to be taking. A unified and lobbied approach from Africa, with government support, could highlight the urgency needed in requesting that the issue of testosterone levels in women’s sport be explored in depth by a multidisciplinary, independent and representative team.

Education is also needed on what it truly means to have high levels of testosterone as a woman in (elite) sport. Through public education people become aware of the science of the issue, the human rights involved, and what is truly fair and unfair in sport. African sport can contribute towards hearing the voices of African female athletes in order for change to happen for future generations.

A webinar titled Testosterone & Women’s Sport: An Understanding and Way Forward for Africa will be co-hosted by the author on 18 August 2021. To register, email nadom-aboagye@sun.ac.za 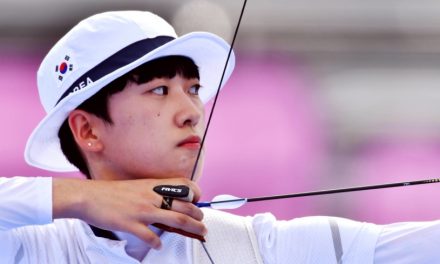