Gbarnga — The Faith Community Lutheran Church in the United States of America has selected Liberia to host the second Lutheran University in Africa next to Tanzania.

Making the disclosure in Gbarnga Tuesday at a program marking the official groundbreaking for a modern Lutheran High School in Bong County, a US Missionary to Liberia and Proprietor of Hope and Care for Children, Linda Curtz, said ten acres of land have been secured in Gbarnga, Bong County, as the beginning of the process.

Madam Curtz disclosed that the initiative is” a dream come true” by a US Missionary to Liberia, Mr. David Moore, who worked for the Lutheran Church in the country in the 1980s.

Madam Curtz said missionary Moore had underscored the need to buttress government’s education agenda by lobbying for over one million United States dollars for the construction of the Lutheran University in Liberia.

When constructed, she said, the institution will benefit present and unborn generations as a full Bachelor’s degree granting institution in various disciplines, including business and theology.

The U.S Missionary noted that the Tuesday, January 12, groundbreaking for a high school in Gbarnga is a roadmap to the construction of the University where students, upon graduation from high school, will enroll at the University because of its proximity to them.

In remarks on behalf of the beneficiary communities, the owner of the land on which the University will be situated, Mr. James Flow, lauded Madam Curtz, Mr. Moore and the Faith Community Church in the U.S. for the vision which, he said, will help government eradicate illiteracy in the country.

According to Mr. Flow, his dream of offering and selling his property (land) to individuals and institutions has come to pass, noting that when constructed the high school and the Lutheran University will serve generations unborn, bringing pride to the country.

The US Missionaries to Liberia are involved in not only academic activities but also agriculture empowerment for locals, including residents of Sanoyea District in Lower Bong County by cultivating over 50 acres of farm land, and proceeds from the farm will be used to benefit less fortunate Liberians, including children.

The Lutheran Church in Liberia also runs some of the nation’s best hospitals and health facilities.

Seychelles: Beauty Contestant Who Like Sports Has a Soft Spot for Seychelles’ Animals 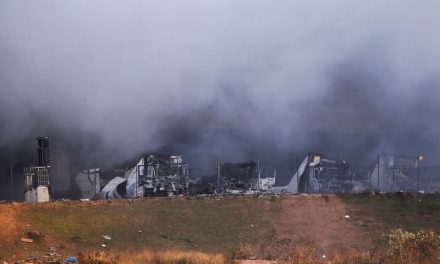 Benin elections: The fight for a democratic future