Africa: ‘It’s a House That Has to Be More Representative’

What impression do you have with regards to the putting in place of the Pan African Parliament?

The Pan African Parliament (PAP), is the legal instrument that was put in place by member countries of the African Union (AU). PAP is a platform for people from all African States to be involved in discussions and decision making on the problems and challenges facing the continent. Its creation is in line with the aspiration of the founding fathers of the Organization of African Unity (OUA), such as Nkwame Nkrumah of Ghana, Leopold Senghor of Senegal and Mouammar Kadhafi of Libya. It is a house that has to be more representative in all aspects. They cannot go against objectives of the mother organ that has set its own agenda that is known to each and every member state. While carrying out these objectives, they have to be more bold in asserting themselves as the peoples wing, because they there are the legislative body. That means, they carry the voices of the common man to the African Union because the way the AU is set up, it is an inter-governmental institution where it is mostly the executives of the various sovereign nations that are represented, for example, heads of state and ministers. So the common man on the streets feels that his problems are not heard. But through the legislative arm which is PAP, a Parliamentarian who is first an elected person from his local Parliament must be able to channel the problems of his constituency to PAP where they are debated and resolutions that reflect what the common man expects are taken. In this way the AU Commission will be able to take into consideration what has been decided, because one of the criticisms of the Organization of African Unity (OAU), was that the common man problems were not considered. So I think AU putting in place of the Pan African Parliament comprising elected Parliamentarians has taken care of the preoccupation of the common man to a certain extend.

17 years after, do you think the Pan African Parliament is living up to expectations?

I think yes, the Pan African Parliament is living up to expectations 17 years after its creation because the principle of democratic representation is highly respected. It is a parliament that is made up of parliamentarians of sovereign states or member countries and the way it functions, the mana- gement respects democratic principles of representation. In the principle of democracy people are always tempted to want the most representative to determine who leads. But this option is only one aspect in the creation of an institution like the AU. Whether we use the principle of rotation or that of simple direct majority, the funding principles upon which the AU was created and later run adapt the PAP, are more important than how we get or determine a leader to head the institution. I think the principle of “representativity” should be taken into consideration. The ability to be effective and efficient in attaining the goals and objectives of AU should also be considered because no one can lead or manage suc- cessfully while ignoring geo-po- litics. There is no doubt Africa is a diverse continent with five geopolitical sub-region, so in determining the leader of the institution, it should be reflected at the level of all the institutions because at the AU itself when determining who leads as the Chairperson of the African Commission or President and other bodies, the geopolitical, management and principles of representation are respected. So I don’t see why and should not be an obstacle the way PAP is run. PAP is an institution created by the AU and the AU as the main political organization in the African continent has other institutions, so the way PAP runs should not be different from the AU principles such as agenda 2063. In the matter of who leads, if rotation permits them to achieve better geopolitical representation, then it should be applied, if they see that simple majority system is the right method that can bring more efficiency and at the same time representation, they can go for it. If they see that after 17 years, people have issues with the majority system, they can apply the system of rotation or another method. But it should not be a scuffle, scandal as we saw on the media.

What changes should be done to ameliorate its functioning?

In the course of its management, they have to focus on efficiency, efficacy and transparency. They must make sure that the issues they discuss are in conformity with the agenda and objectives that the African Union have put in place. PAP has a very big role to play in advancing Agenda 2063 programs. The agenda outlines seven goals, to be achieved over the next 50 years that are central to attain political and economic development in Africa. These include promoting peace and security, good governance, youth development and gender equity. Thus, PAP with real legislative powers could lead the harmonization of standards and policies across the continent. It could oversee African Union organs such as the Commission, and national parliaments. This would require a new way of thinking . 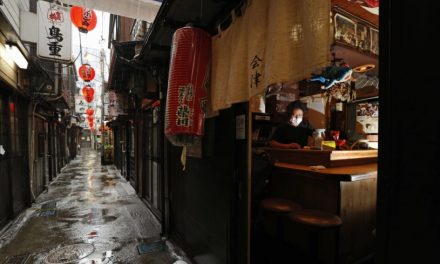 Kenya: Lerruat Log Resort – a Tranquil Getaway From the City