Bite marks, in the form of traces left on bones by the teeth of scavengers or predators, are not uncommon in the fossil record. These marks are sometimes impressively large. What they show is that carnivores of the past, like their modern equivalents, used to eat flesh.

But every now and then a new find throws open new possibilities. In our paper we unpack a rare find – the first healed bite mark and embedded tooth in the snout of a middle Permian gorgonopsian. The gorgonopsians were a group of fierce sabre-toothed predators that roamed Africa between 265 million and 250 million years ago. These non-mammalian therapsids were part of the ancestral stock that eventually evolved mammalness and gave rise to modern mammals.

The fossil we described in our research was recently rediscovered in the collection of Cape Town’s Iziko Museum of Natural History. The small partial snout was originally found in the 1940s by the famous South African palaeontologist Lieuwe D. Boonstra.

In this fossil the bite had healed, leaving a scar – or callus. As bone takes several weeks to heal, the healed bone tells us that the gorgonopsian survived an attack by another predator. Therefore, it appears that the biter lost the tooth during the attack, and the healed bone developed around the tooth for a few weeks before the animal died.

Finding a fossil tooth embedded in bone is always great news for palaeontologists, as it is the gateway to some otherwise out-of-reach understanding of the behaviour of extinct animals. For example, it can demonstrate that the biter had bone-crushing or puncturing capabilities. Palaeontologists have used fossilised teeth embedded in a callus to prove that a carnivorous species had bitten a living prey, and that the prey ran away; this demonstrated that the carnivore was not only scavenging, but was also hunting. This is how in 2013 American palaeontologists managed to demonstrate that Tyrannosaurus rex was not a scavenger, contrary to the popular belief of the time.

Prior to our newly published research, no such embedded fossil tooth had been found in therapsids. We developed two hypotheses as to what happened here: one, that it was a failed attack, most likely by another carnivorous species. Or two, that it was made by another gorgonopsian during some form of social biting.

To test the predation hypothesis we compared the embedded tooth to those of other animals living at the time. We concluded that although we can’t rule out the predator hypothesis, the social signalling hypothesis was more likely.

If our hypothesis is correct it suggests that therapsids were fighting each other during ritualised combats. The practice of social biting for signalling – males sparring for territory, dominance, and access to mates – has long been hypothesised in mammalian ancestors, but evidence has been lacking.

Our findings will help fill an important gap in our knowledge of the onset of social behaviour in the lineage that eventually gave rise to mammals. It shows that social interactions are not a new phenomenon that evolved with more intelligent mammals, but had already developed in our small-brained ancestors. It also suggests that we’ve been overlooking evidence – such as bite marks in therapsids – for over a century, so more new discoveries may await.

Finding the tip of a tooth embedded in the snout of a gorgonopsian, surrounded by a distinctive callus of healed bone, was puzzling. Gorgonopsians were themselves predators and were thus unlikely to become prey. Did the embedded tooth imply that this gorgonopsian was attacked by a bigger “super predator”?

We concluded that the answer was no because the embedded tooth was not significantly larger than the teeth of the gorgonopsian itself. So, the biter was likely an animal of similar size.

We also wondered whether a prey animal fighting for its life might have lost a tooth in battle with the gorgonopsian. This, too, we excluded: the embedded tooth displayed a sharp, meat-shearing edge, meaning its owner was evidently a carnivore, not prey.

Ultimately, the secret of the attacker’s identity lay not in the tooth, but in the callus. This indicated that the gorgonopsian survived the attack and that the bite was likely not meant to be lethal. By understanding this it became clear that this wasn’t a predator versus prey situation, but a social signal: the attacker was another gorgonopsian making a point.

In modern species, fights between males for territory, dominance, and access to mates are common. More often than not, these competitions are non-lethal because they are ritualised and are more about display than physical aggression. The aim is to discourage rather than to kill the opponent.

Our research suggests that the behaviour of social biting may have originated among mammal ancestors some 260 million years ago. This is another exciting step in understanding our own and other mammals’ ancient behaviours. 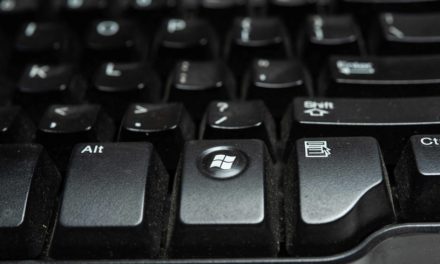