A flagship report from the United Nations climate science panel warned on Monday that without immediate, rapid and large-scale reductions in greenhouse gas emissions, limiting global warming to internationally agreed goals will be “beyond reach”.

The report, with 234 scientific authors from around the world, found the average global temperature will likely reach or cross the 1.5-degree Celsius warming threshold within the next 20 years, bringing stronger droughts, heatwaves, floods and storms.

The report comes ahead of November’s key COP26 climate talks in Glasgow, Scotland, which is regarded as one of the last opportunities to secure promises to cut global emissions by nearly half by 2030, the level needed to keep the 1.5C warming limit – the lowest in the Paris Agreement – in sight.

Here are some reactions to the report from political leaders and climate policy experts:

“Today’s IPCC… report is a code red for humanity. The alarm bells are deafening, and the evidence is irrefutable: greenhouse gas emissions from fossil fuel burning and deforestation are choking our planet and putting billions of people at immediate risk. Global heating is affecting every region on Earth, with many of the changes becoming irreversible.

“The internationally agreed threshold of 1.5C is perilously close. The only way to prevent exceeding this threshold is by urgently stepping up our efforts, and pursuing the most ambitious path.”

Mary Robinson, chair of The Elders, former President of Ireland

“The latest IPCC report identifies that the opportunity to limit global temperature rise to 1.5C is very slim, but still scientifically possible. The exigency of this situation must not lead us to despair, rather it should propel us into action.

“Leaders must show they understand the seriousness of the science and turn in stronger national commitments ahead of the COP26 climate talks this November. The big question leaders must reckon with in Glasgow is whether these plans add up to what is needed – and if not, how they will close the remaining gap.”

Anne-Marie Trevelyan, UK International Champion on Adaptation and Resilience for the COP26 presidency

“The impacts of climate change are already affecting lives and livelihoods around the world, with increasing frequency and severity. Alongside the need to drive down emissions, this report rings the alarm to urgently help vulnerable communities adapt and build resilience – in developed and developing countries alike.

“World leaders must heed the science and work together to adapt to our changing climate, as well as act to avert, minimise and address loss and damage for those on the frontline.”

Simon Stiell, Grenada’s Minister for Climate Resilience and the Environment

“The science strengthens with each subsequent set of findings. This report confirms what we already know from the hurricanes hitting our shores and other extreme climate-related events: this crisis is getting worse, and getting worse far faster than we predicted.

“It’s past time for the major economies to recognise that if we do not invest now, not only in slashing emissions but also adapting to the growing threat, the cost will be measured in our lives – not only those of our children.”

“The new IPCC report is not a drill but the final warning that bubble of empty promises is about to burst. G20 countries rapidly need to switch gears and this time stick to the pledges of delivering policies that ensure that we don’t exceed 1.5C warming by the end of the century.

“It’s suicidal, and economically irrational to keep procrastinating. The course of action is crystal clear.”

“Those of us living in Africa have been aware of the urgency of the climate crisis for many years. Lives and livelihoods have been shattered by overwhelming heat, rising seas and extreme weather.

“It is vital that governments heed the warning of the IPCC’s scientists and act with speed and boldness to make our world safer, cleaner and greener.

“This is not a simple question of succeed or fail, every fraction of a degree of heating is important, each decision, each coal plant closed or oil pipeline cancelled has a material impact on those of us living on the frontlines.”

“This stark warning from scientists confirms the reality already being experienced by communities around the world. More frequent and intense heatwaves, droughts, fires, floods and cyclones are wreaking havoc on lives and ecosystems. Women and young people in the Global South are being hit especially hard by climate extremes and changing weather patterns.

“Looking ahead to COP26, rich countries that have done the most to cause the climate problem must face up to their dual responsibility. They need to provide real support to poor countries hit by escalating climate impacts, and they need to get serious about urgent climate action.”

“The current news headlines about deadly flooding, forest fires and droughts happening around the world are like scenes from a dystopian science fiction novel, yet these are manifestations of the global warming that our climate pollution has already baked into the system. The dangerous and costly impacts we are experiencing now will seem mild compared to what we will face if we fail to keep warming to 1.5C by the end of this century.

“This underscores the urgent need for rich nations to deliver far more financial resources to developing countries that are the most vulnerable to climate impacts and the least responsible for emissions.”

“The scientists of the IPCC have laid out the sheer scale of the climate crisis and the greater risks we face unless we act urgently.

“We’ve seen in recent weeks heatwaves in North America and floods in India, Europe, China and London. In Africa we have lived with the destructive nature of the climate emergency. Whether it was Cyclone Idai, changing rainfall patterns or overbearing heat, Africa has been waiting for the rest of the world to catch up and act on climate change for years.”

“This report is devastating news for the most climate-vulnerable countries – like the Maldives – because it confirms we are on the edge of extinction. While the climate emergency is intensifying each day, we in the Climate Vulnerable Forum – representing the 48 most climate-vulnerable nations in the world – are on the frontlines. Our nations are already battered by storms, droughts and rising seas.

“It is not yet too late: the IPCC states that sea level rise can be restrained to survivable levels for small island states if the world respects the 1.5 degree Paris target.”

“This is an all-hands-on-deck moment. If we fail – and we must not – millions of people will suffer unbearable hardship, loss and even death from climate catastrophe. The dire IPCC report makes abundantly clear that policymakers everywhere must take swift, decisive action to combat global climate change.”

“The scientists have shared a dire warning that every single tonne of carbon added to the atmosphere will contribute to stronger warming, but also that we are not too late to curb the worst of it.”

“Recent extreme weather events in the U.S., China, India and Europe reinforce what the report is telling us – climate change is already here and we need to act fast.

“G20 countries need to come to November’s climate negotiations with clear plans to wean themselves off fossil fuels and outline long-term strategies to decarbonise their economies. Wealthy countries need to pledge more money and agree to a delivery plan to reach the goal of giving $100 billion per year in climate finance to the most climate-vulnerable nations.”

(Reporting by Megan Rowling @meganrowling and Beh Lih Yi; editing by Michael Taylor. The Thomson Reuters Foundation is the charitable arm of Thomson Reuters, and covers the lives of people around the world who struggle to live freely or fairly. Visit http://news.trust.org/climate) 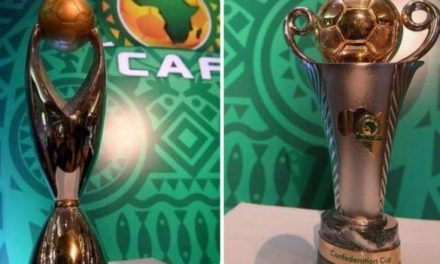 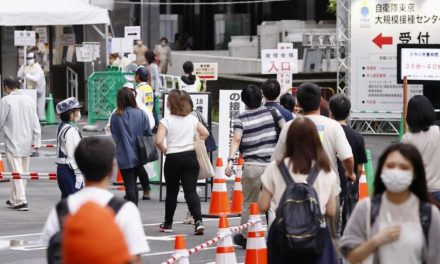