Africa: Corruption Is Crippling Africa, ‘More Like Sand Than Oil in the Economic Engine’


African Anti-Corruption Day is celebrated annually on 11 July, and this year it comes as perceptions and lived experiences of corruption on the continent are sky-high. The bribery rate in Democratic Republic of the Congo is reportedly the highest in Africa, while Mauritius boasts the lowest bribe rate of the continent.

We know that corruption hinders Africa’s economic, political and social development and is a huge obstacle to good governance and basic freedoms. Economists Nelson Sobrinho and Vimal Thakoor state in this regard that corruption behaves “more like sand than oil in the economic engine”.

Corruption also affects the wellbeing of individuals, families and communities. Although differing significantly across countries and public institutions in Africa, corruption undermines the chances of hundreds of millions of citizens for a stable and prosperous future.

The African Union points out that corruption has “stolen futures” in Africa, indicating that at least 25 million primary school children alone are its victims.

It’s important to point out that foreign role players also contribute to the increase in corruption in the continent. When money that is supposed to support important services such as healthcare and education flows out of countries due to corruption, ordinary citizens are hit… 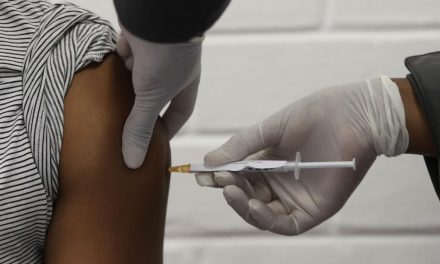 Africa is being left behind in the Covid vaccine race, despite a surge in coronavirus cases