President Paul Kagame on Monday stressed the urgency of transforming the world’s food systems, citing that agriculture and agri-business, especially in Africa, will drive the attainment of sustainable development goals.

Kagame said that the move was particularly true as the world works to make up for the time lost to the Covid-19 pandemic.

Global leaders are aiming at consolidating a common vision to deliver progress on SDGs, during the three day summit.

“The care that has been invested in preparing for the United Nations Summit in September, engaging thousands of stakeholders, reflects the urgency of transforming the world’s food systems,” the head of state said.

He added, “Each country and region must chart its own pathway to transformation, but this is also a global challenge that we must address together.”

Speaking about the African region, Kagame highlighted that 70 per cent of the population is employed in the agricultural sector.

“But our continent’s food markets are often fragmented, and links to food processing and value addition services are sometimes lacking,” he decried.

Currently, however, he said that digital technologies and biotechnology are playing a greater role in African agriculture, despite majority farmers not having reliable success.

“Africa’s food producers do not earn the level of income that they deserve, and they must cope with high level of economic risk and uncertainty,” he reiterated, “Transformation is a necessity.”

In his capacity as chair of the African Union Development Agency, (NEPAD), Kagame disclosed that his institution has worked to facilitate the African common position in advance of September’s Summit in line with African Union’s 2063 agenda and the SDGs.

Others, he said, are supporting local markets and food supply chains, investing in agro-processing for healthy foods, and expanding trade in food products within Africa.

He also reckoned on working to increase agricultural financing to 10 per cent of public expenditure, with a focus on research, innovation and environmental sustainability.

“Accountability for advancing these actions will be integrated into existing continental monitoring mechanisms including regular reviews under the comprehensive Africa Agricultural Development Program (CAADP)”.

For Africa, he asserted, “The central goal is to halt our continent’s over-reliance on food imports, end malnutrition, and create millions of new jobs in food economy,” In doing so, he added, “We will strike the right balance between people and the planet. “

The head of state also warned that the political generated today is essential for solidifying the global partnerships needed to sustain the success of the historic process.

The Summit comes as part of the efforts to prepare for this year’s global event on UN Food Systems.

The event aims to deliver the latest evidence-based and scientific approaches to food systems transformation from around the world, launch a set of new commitments through coalitions of action and mobilize new financing and partnerships.

Gambia: Abca’s Endorsed As One of the Best Upcountry Facilities With Stylish Conference Hall

South Africa: New Horizons Is an Ode to Fresh Sounds 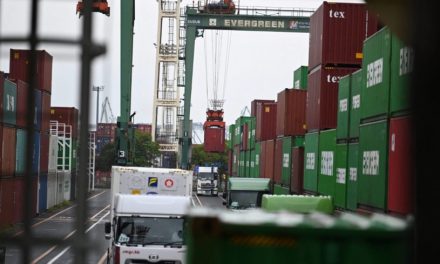