The sidestepping of Nigeria is seen as reflective of the country’s declining global appeal.

Mr Biden reached out to Africa Thursday after more than a month in office and a flurry of phone calls to American allies around the world.

Mr Biden had earlier spoken to President Cyril Ramaphosa of South Africa in November 2020, days after his election.

The obvious sidestepping of Nigeria, long seen as an influential regional leader, has not gone unnoticed.

“It’s an indication that the United States government doesn’t think too much about our performance as a country right now. It’s as simple as that,” said Jide Osuntokun, professor of History and International Relations at the Osun State-based Redeemer University.

“Many governments outside Nigeria are worried about the future of our country. So it’s an indication that you have to do something or the world will pass you by.”

Many global leaders traditionally view engagements with their American counterparts, either through telephone calls or visits, as a gauge of their countries’ strategic interests with respect to the foreign policies of the world’s most powerful nation. They also pay attention to the timing of those interactions.

Mr Biden telephoned 19 global leaders in six days of his election, and as of Tuesday, had spoken to 17 leaders since taking office on January 20, White House releases compiled by PREMIUM TIMES show. The calls were made to close allies such as the United Kingdom and to those with security concerns such as Iraq and to rivals like Russia.

When Mr Biden delayed contacting America’s closest ally in the Middle East, Israel, the country took notice. Israel’s oldest newspaper, the left wing-leaning Hareetz, warned it was a “wake-up call”, and blamed it on Prime Minister Benjamin Netanyahu’s closeness to Mr Trump, and the alienation of the now ruling Democratic Party.

“The White House said Biden would be calling Netanyahu soon. But even after that happens, Israel will need a lot of time to repair the damage he did to the ties with the Democratic Party,” the paper said in a February 15 editorial.

Mr Biden’s office said it was not a deliberate snub, and Mr Netanyahu argued the U.S. president had not called other Middle East leaders. The two leaders eventually spoke on February 17.

Like Europe and the Middle East where American engagements have almost always followed a pattern – UK or France or Germany, and Israel first – U.S. leaders have for decades contacted mostly the same select group of few African countries.

President Biden has promised increased engagement with Africa after the halfheartedness of the Trump years. His administration’s early choice is seen by some as reflective of Nigeria’s declining global standing. They worry it may shape future relations with other nations, although others say it is the leadership, not Nigeria, that is on trial.

“If you have a leadership that is not dynamic, that is not global in outlook you will not call such a leader,” said Sheriff Folarin, professor of International Relations at Covenant University. “If I were in President Biden’s shoes, I will not call the president of Nigeria. I won’t call him.”

He said that does not mean “I would not have something to do with Nigeria because Nigeria’s place in Africa can never be under-emphasised.”

In addition to losing its position as a major exporter of crude oil to the U.S., Nigeria has stacked insecurity baggage that afflicts everything from food to foreign investment. The Buhari administration has done little to show leadership, analysts say.

“In the last few years, it’s obvious to us Nigerians that we have been punching below our weight internationally. We cannot secure our own territory not to talk of being able to secure our region,” Professor Osuntokun said.

“With the instability we have in the country, with the insecurity and the unfortunate appearance of our government not willing to do anything about it, many governments outside Nigeria are worried about the future of our country.”

While that happens, relatively smaller African nations appear to be seizing the moment to resolve basic needs like power and critical infrastructure. And they are getting the attention.

Besides President Tshisekedi being the current chairman of the African Union, the DRC remains critical to the U.S. economic interest with its vast mineral resources essential for America’s tech industry. The country attracted more foreign direct investment than Nigeria between 2017 and 2019, retaining a place in the top five destinations in the continent, according to United Nations data.

In her call to Mr Tshikekedi, U.S. Vice President Harris spoke about the two countries exploring “economic opportunity” in their two nations.

In his call to Mr Kenyatta, Mr Biden applauded Kenya’s leadership in the Horn of Africa and emphasised the U.S. commitment to working closely with the country to support regional peace and security. The two leaders also discussed the deteriorating humanitarian and human rights crises in Ethiopia’s Tigray region.

Mr Osuntokun hopes Nigerian leaders will read the signs and change the direction of the country.

“Some of us are worried about what is going on. The total breakdown of law and order. We can’t travel, even within the country, people are afraid to drive on the highways. And all these things will be communicated to the home governments not only to America but to all the governments that have diplomatic representation here,” he said.

“So it’s an indication to us that if we want to be taken seriously, we have to make sure that our home is secure and stable.”

Mr Sheriff said he was hopeful the country will receive the required attention in future.

“There are many issues Nigeria is contending with at the moment, and you can’t just call Nigeria now and say you want to talk about Africa. Nigeria is distracted right now because of its own internal problems,” he said. 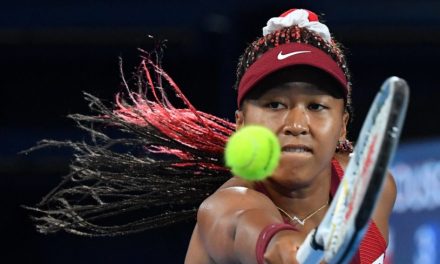