The African Union Commission has defended the continental body’s decision to grant Israel member status, saying it was at the “express demand of many member states”.

In a statement, chairperson Moussa Faki Mahamat said the move was on the basis of “the restoration of diplomatic relations [with Israel] by more than two thirds of AU member states”.

This comes after South Africa, Botswana, Namibia, Egypt, Tunisia and Libya, among others, rejected the rights bestowed on Israel.

South Africa went as far as describing the move as “unjust, unwarranted and inexplicable”.

The countries objecting to the observer status reiterated that the people of Palestine were still suffering because of Israel.

“While accepting this accreditation, the chairperson reiterates, as he clearly stated at the time of the presentation of the credentials by the Permanent representative of Israel to the AU, the unflinching commitment of the PanAfrican Organisation to the fundamental rights of the Palestinian people,” he said.

He said this included “their right to establish an independent national state, with East Jerusalem as its capital, within the framework of a global, fair and definitive peace between the State of Israel and the State of Palestine.”

He said, however, that the reservations expressed by “a few members” about this decision justifies his intention to include it in the agenda of the forthcoming session of the Executive Council.

Israel obtained AU observer status last week after 20 years of diplomatic efforts. It had previously held the role at the Organisation of African Unity (OAU) but was long thwarted in its attempts to regain it after the OAU was disbanded in 2002 and replaced by the AU.

According to Israel’s foreign ministry, the new status could enable the country and the AU to forge stronger cooperation on various aspects, including the fight against the coronavirus and the prevention “of the spread of extremist terrorism” on the African continent.

South Africa: Mordor At the Gates – the Ploy to Strip-Mine Selati Game Reserve 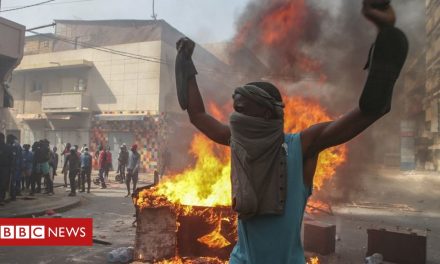