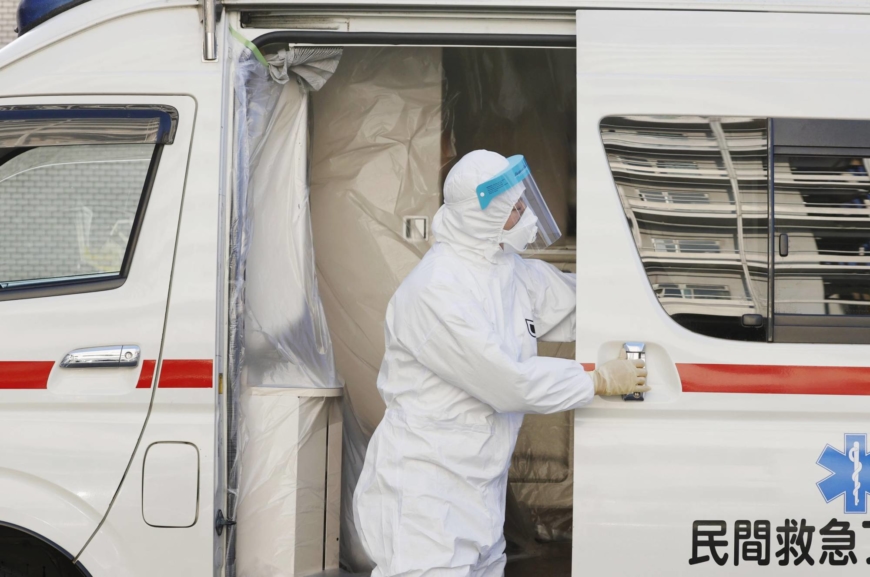 In early January, a Tokyo man in his 80s with diabetes tested positive for COVID-19.

He soon started to have difficulty breathing. But with hospital beds filling up fast, public health authorities couldn’t immediately place him under medical care.

Then he showed moderate signs of recovery, which emboldened officials to decide that he could, after all, remain at home to recuperate — despite the capital’s guidelines saying that those age 70 or older with an underlying condition should in principle be hospitalized.

A few days into self-isolation his condition quickly worsened. Only then was he rushed to the hospital, where he was pronounced dead.

His tragedy is among a litany of recent cases across the nation where novel coronavirus patients unable to be hospitalized didn’t survive their attempts to convalesce at home.

Skyrocketing numbers of people on waiting lists for hospitalization underline how officials are now being forced to limit medical care to the most critically ill COVID-19 patients amid bed shortages, with the vast majority of less urgent cases consigned into unsupervised home care.

“The fact that there are people dying after being sent home to recuperate is testament to the severity of the situation we’re in,” Tokyo Gov. Yuriko Koike told reporters last week.

As Japan grapples with its biggest surge in infections since the onset of the pandemic, more and more patients are being denied access to medical institutions.

The numbers of those waiting to be hospitalized or being cared for at other facilities has soared over the past month, especially in Tokyo.

The figure in the capital stood at 7,481 as of Monday evening, more than double the 3,516 seen on Jan. 6 and a jump of about elevenfold from the 653 logged on Dec. 2, according to Tokyo Metropolitan Government statistics.

Those individuals are typically instructed to wait at home while arrangements are made for their care. That risks further spread of the virus among family members or the drastic worsening of their condition while they are alone.

Hospitals, too, have been stretched thin to an extent rarely seen. As of Jan. 13, occupancy rates for COVID-19 beds in Tokyo hit an alarmingly high 83%, figures compiled by the health ministry showed.

What is unfolding in the city would have been all but unthinkable as recently as October, when the “second wave” of infections that had engulfed the nation in summer looked on course to subside, according to Hideo Maeda, director of the public health center in Tokyo’s Kita Ward and who also serves as a member of a novel coronavirus advisory panel for the health ministry.

Back then, “many patients who had fevers but didn’t exactly need the support of artificial ventilators or intravenous drips were being hospitalized just in case, so they could be placed under a medical observation for 10 days,” Maeda said.

But now, as a spike in cases pushes hospital bed capacities to the brink of their breaking points, officials have no choice but to become “extremely selective” about who to admit — whittling down candidates to the most critically ill, such as those with very low oxygen levels or severe underlying conditions, Maeda said.

That means those on the waiting list for hospitalization now include a sizable number of patients with fairly worrisome symptoms who, a few months ago, would have been given proper medical care.

The growing urgency of the situation was reflected in Tokyo’s stiffening of its criteria for hospitalization in December.

Whereas its guidelines used to call for the blanket hospitalization of COVID-19 patients age 65 or older, the current version, updated in mid-December, stipulates that those under 70 with no underlying conditions should instead be sent to hotels contracted out and repurposed by the capital as ad hoc medical facilities.

Complicating the picture, those designated hotels haven’t been able to operate to their full capacity, either, which has caused a large proportion of such patients to remain unsupervised at home.

The capital is currently operating 11 such hotels, amounting to about 4,500 rooms, where mildly ill and asymptomatic patients are admitted on the watch of medical professionals around the clock.

But the number of patients admitted to the hotels has, for a while, been hovering at just around 1,000, leaving the bulk of rooms empty. According to the metropolitan government, of the 4,574 rooms the capital is using as accommodation for COVID-19 patients, only 2,630 are deemed adequately equipped to substitute for hospital beds.

Adding to this is the fact that some rooms — even if they are vacant — are declared off-limits due to the whole floor being designated as a potentially contaminated “red zone” and awaiting the completion of floor-wide disinfection work.

“Just because there are lots of rooms unoccupied doesn’t mean that they’re immediately usable,” said Tomoko Kuwata, a Tokyo government official in charge of arrangements for hotel recuperation.

Kuwata said the increasingly selective process for hospitalization is now resulting in patients with relatively strong symptoms being prioritized for access to care at hotel facilities, which in turn is compounding the workload of medical staff deployed there.

“Hospitals have been stretched so thin that patients whose conditions would’ve justified hospitalization a few months before are now increasingly sent our way,” she said. “Those patients require more meticulous health management than others, so this is adding to the burden on staff at these hotels.”

Equally swamped are officials at the public health centers dotting each municipality. Those officials play a pivotal role in Japan’s efforts to identify and go after virus clusters, but with more and more patients placed on the waiting list for hospitalization they now deal with the additional, not to mention time-consuming, task of checking in on them a few times a day.

In Kita Ward alone, about 200 residents are either waiting to be hospitalized or recuperating at home, Maeda said. Officials in charge of infectious disease response at the ward’s public health center — on a team that now numbers around 40, up from the pre-pandemic level of 10 — have been calling each and every one of these patients twice a day to make sure they are all right.

“These people have no medical professionals around them, so we have to make an active effort to reach out to them,” Maeda said. But, he acknowledged, the extent to which these follow-up calls dominate their time is almost debilitating.

“This is a real burden. We have as good as reached the limit.”

With the surge in the number of patients taking place nationwide, other prefectures are also being forced to become more selective and prioritize tasks, too.

On Monday, Kanagawa Prefecture decided to downsize the scope of its health check routine for keeping tabs on mildly ill and asymptomatic patients recuperating at home. Like Tokyo, Kanagawa has been struggling with a surge in its daily tallies of new infections since December, which hit an all-time high of 995 on Jan. 5.

Under the new policy, patients under 40 will, in principle, no longer receive daily phone calls from the prefecture checking in on their condition. Instead they will be asked to reach out to officials on their own initiative should they feel ill.

Those age 40 or older will be given devices called pulse oximeters to self-monitor their oxygen saturation levels, and they will only be contacted by officials if the figures they report to the prefecture via messaging app Line fall below a certain benchmark.

“Given the limited number of health and medical professionals, we have to make sure these manpower resources will be dedicated to dealing with patients who have a higher risk of complications,” said prefectural official Satoe Ono.

Such prioritization has followed another controversial decision made by the prefecture earlier this month, when it said all of its public health centers would focus their contract-tracing efforts almost exclusively on individuals it considered to be at the highest risk of developing complications from the virus, such as those in medical institutions or nursing care facilities.

In doing so, the prefecture would spend much less time pursuing contact history for what it described as the second most cluster-prone demographic — namely, kindergarten, day care and school teachers — and would completely stop investigating others.

With the announcement, Kanagawa became the nation’s first prefecture to forge ahead with such a drastic scaling down of contact-tracing, which had been the linchpin of Japan’s battle against the pandemic.

“We have so many people testing positive for COVID-19 that it takes us forever to trace the contact history of every single one of them, which risks a delay in our other responsibilities including anti-cluster measures for the elderly facilities,” Ono said.

The virus has now spread so rampantly in the prefecture that around 60% of infections have been judged untraceable in recent weeks.

“Infections are so widespread that the kind of aggressive contact-tracing we used to do is no longer serving its purposes,” Ono said. “So we can’t really spend our resources doing that anymore, and have to shift toward allocating more support for high-risk patients.” 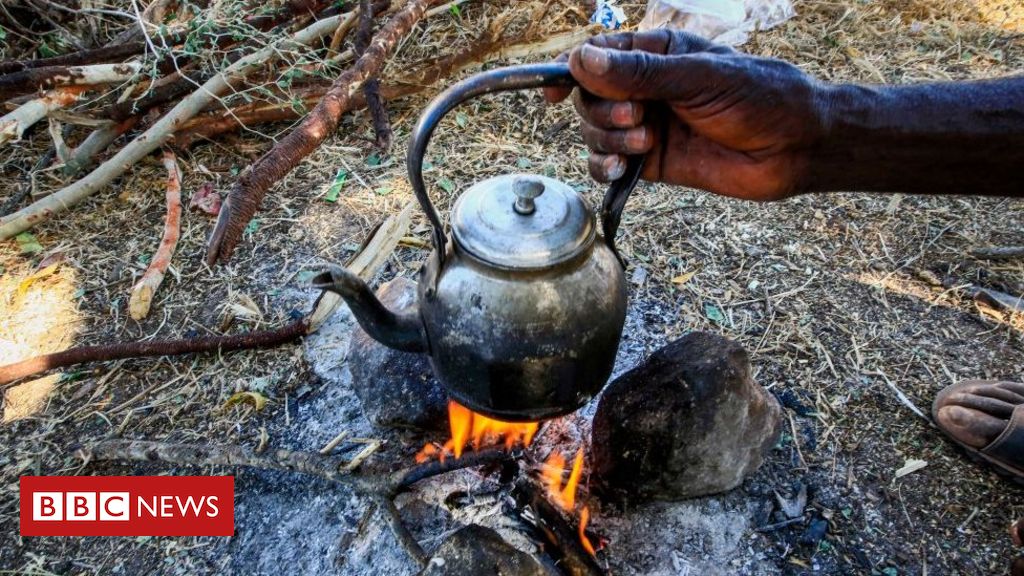 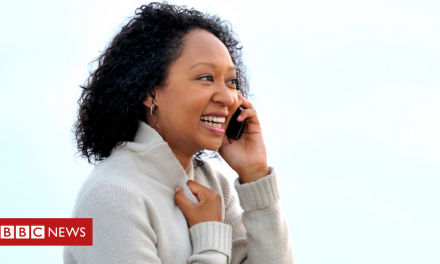 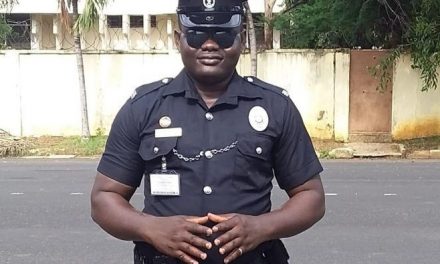