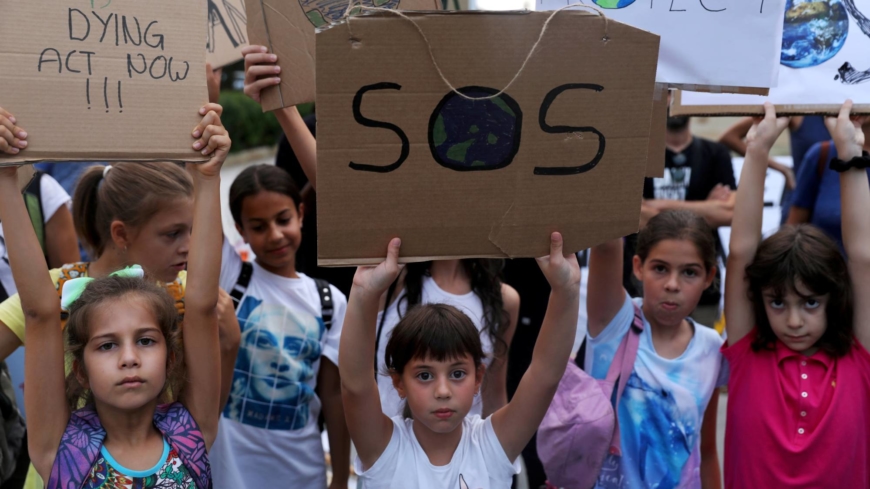 Paris – We ignored the warnings, and now it’s too late: Global heating has arrived with a vengeance and will see Earth’s average temperature reach 1.5 degrees Celsius above preindustrial levels around 2030, a decade earlier than projected only three years ago, according to a landmark U.N. assessment published on Monday.

The Intergovernmental Panel on Climate Change (IPCC) bombshell — landing 90 days before a key climate summit desperate to keep 1.5 C in play — says the threshold will be breached around 2050, no matter how aggressively humanity draws down carbon pollution.

Years in the making, the sobering report approved by 195 nations shines a harsh spotlight on governments dithering in the face of mounting evidence that climate change is an existential threat.

Nature itself has underscored their negligence.

With only 1.1 C of warming so far, an unbroken cascade of deadly, unprecedented weather disasters bulked up by climate change has swept the world this summer, from asphalt-melting heat waves in Canada, to rainstorms turning China’s city streets into rivers, to untameable wildfires sweeping Greece and California.

“This report is a reality check,” said Valerie Masson-Delmotte, who co-led hundreds of scientists in reviewing a mountain of published climate science.

“It has been clear for decades that the Earth’s climate is changing, and the role of human influence on the climate system is undisputed.”

Indeed, all but a tiny fraction of warming so far is “unequivocally caused by human activities,” the IPCC concluded for the first time in its three-decade history.

The world must brace itself for worse — potentially much worse — to come, the report made clear.

Even if the 1.5 C target humanity is now poised to overshoot is miraculously achieved, it would still generate heat waves, rainfall, drought and other extreme weather “unprecedented in the observational record,” it concluded.

At slightly higher levels of global heating, what is today once-a-century coastal flooding will happen every year by 2100, fueled by storms gorged with extra moisture and rising seas.

“This report should send a shiver down the spine of everyone who reads it,” said Dave Reay, director of the Edinburgh Climate Change Institute at the University of Edinburgh, who was not among the authors.

“In the unblinking delivery style of the IPCC, it sets out where we are now and where we are headed and climate change: in a hole, and still digging.”

Disintegrating ice sheets holding enough water to raise seas a dozen meters; the melting of permafrost laden with double the carbon in the atmosphere; the transition of the Amazon from tropical forest to savannah — these potential catastrophes “cannot be ruled out,” the report cautions.

Our natural allies in the fight against climate change, meanwhile, are suffering battle fatigue.

Since about 1960, forests, soil and oceans have steadily absorbed 56% of all the carbon dioxide humanity has chucked into the atmosphere — even as those emissions have increased by half.

But these carbon sinks are becoming saturated, according to the IPCC, and the percentage of human-induced carbon they soak up is likely to decline as the century unfolds.

“The alarm bells are deafening, and the evidence is irrefutable: Greenhouse gas emissions from fossil fuel burning and deforestation are choking our planet and putting billions of people at immediate risk.”

The report does offer a sliver of hope for keeping the 1.5 C goal alive.

The IPPC projected the increase in global surface temperature for five emissions scenarios — ranging from wildly optimistic to outright reckless — and identifies best estimates for 20-year periods with mid-points of 2030, 2050 and 2090.

By midcentury, the 1.5 C threshold will be breached across the board — by a 10th of a degree along the most ambitious pathway, and by nearly a full degree at the opposite extreme.

But under the most optimistic storyline, Earth’s surface will have cooled a notch to 1.4 C by century’s end.

The other long-term trajectories, however, do not look promising.

Temperature increases by 2090 range from a hugely challenging 1.8 C to a catastrophic 4.4 C.

The report’s authors were at pains to emphasize that the 1.5 C goal is not all-or-nothing.

“It is important politically, but it is not a cliff edge where everything will suddenly become very catastrophic,” said lead author Amanda Maycock, director of the Institute for Climate and Atmospheric Sciences at the University of Leeds.

Ed Hawkins, a professor of climate science at the University of Reading and a lead author, said that “every bit of warming matters.”

“The consequences get worse and worse as we get warmer and warmer. Every ton of CO2 matters.”

Part 2 of the IPCC assessment — on impacts — shows how climate change will fundamentally reshape life on Earth in the coming decades, according to a draft seen by AFP. It is slated for publication in February. Part 3, to be released in March, focuses on ways to reduce carbon in the atmosphere.

The focus now will shift to the political arena, where a nonstop series of ministerial and summit meetings, including a critical G20 in October, will lead up to the COP26 U.N. climate conference in Glasgow, hosted by Britain.

Countries do not see eye-to-eye on many basic issues, beginning with the 1.5 C goal.

China, India, Brazil, South Africa and Russia are lukewarm on it, U.S. special presidential envoy for climate John Kerry told The New Yorker last week. Rich countries, meanwhile, have badly missed a deadline to provide funding for developing nations to green their economies and adapt to climate change already in the pipeline.

“The new IPCC report is not a drill but the final warning that the bubble of empty promises is about to burst,” said Saleemul Huq, director of the International Center for Climate Change and Development in Dhaka. 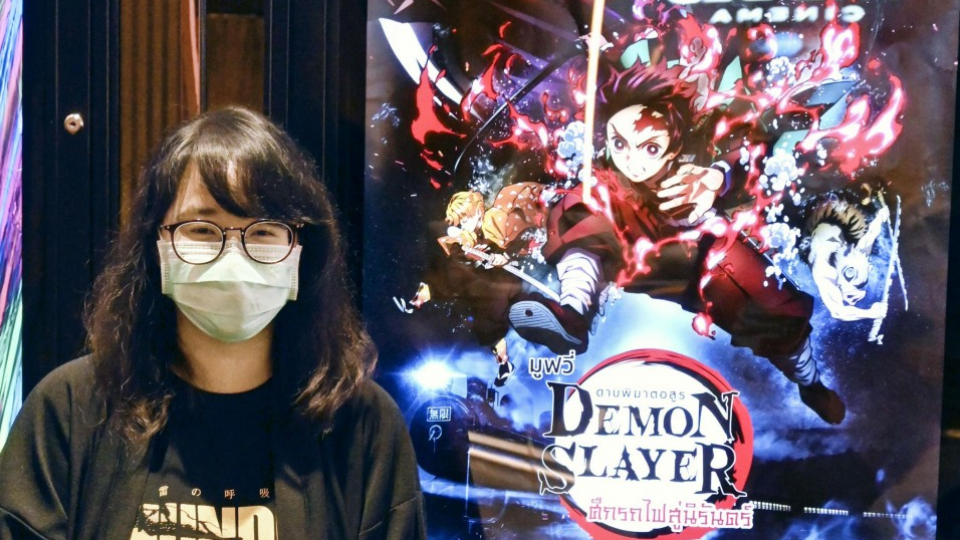 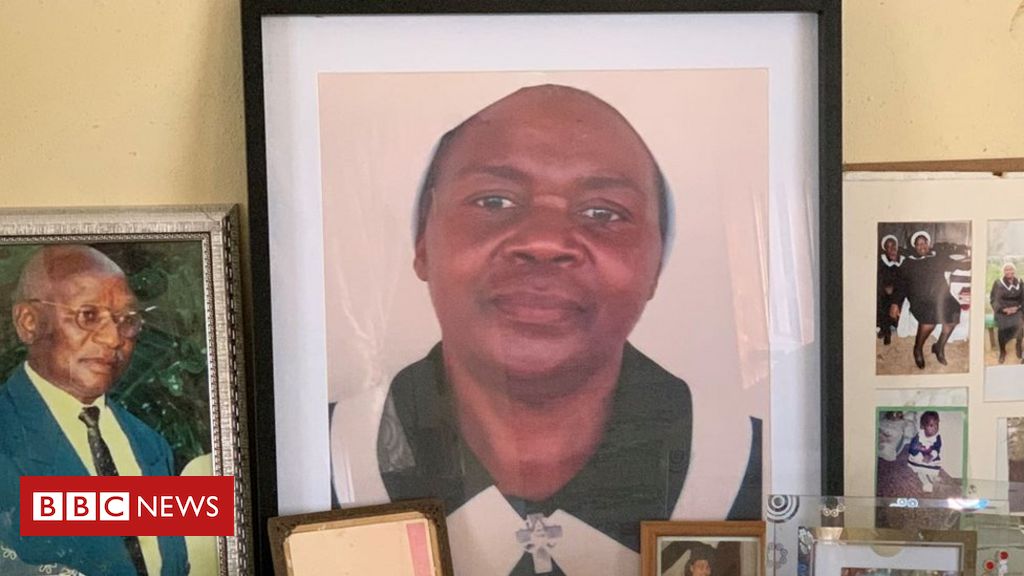 A South African village, a murder and a coal mine

Nigeria: Timaya Shares the Hacks of a Wholesome Life Through ‘Gratitude’ Album